What the ‘dog heard’ at the 2019 NTV Economic Summit

This week we were talking shop at the Economic Summit organized by NTV and the Ministry of Finance. Talking shop because most of the things that we were talking about sounded familiar. They are the same things we have talked about for donkeys years and never gotten to do. Hearing them again left me witha pang of regret about the missed opportunities. There was hope however, hearing the Minister of Finance speak in a candid manner about the economy. Here is what this ‘dog heard’.

For starters, the Minister did admit that the economy is growing albeit at a rate slower than he would have wished for. According to UBOS, growth in 2018 was estimated at about 6,1%. However after rebasing (revaluing) the Country’s gross domestic product (the value of all goods and services produced in Uganda), it was determined to be 6.5%. Unfortunately many economists are now agree that GDP is a fairly meaningless metric. It gives no hint of environmental degradation or resource depletion, nor inequality, middle-class suffering, or lower standards of living.

Secondly the Honourable Minister did admit that while government’s priorities were still security, good governance and accountability, there is a lot of wastage in government. Despite efforts to stem the waste (read corruption), the price of delivering government goods and services was increasing rather than decreasing. In addition, debt was costing us a lot of money. Who was I to disagree with the Minster?

From the top honchos of the National Planning Authority we heard that preparations for launching the third National Development Plan were in advanced stages. The theme for NDP III was “sustainable industrialization for inclusive growth and wealth creation”. That term wealth creation seems to have become the catch word for distributing tax revenue as freebies. It is not about to go away, especially that we are approaching 2021 at the speed of light!

We also heard that government was focused on value addition through manufacturing. These guys did admit that while the economy had been growing, a lot of this growth (from telecoms and construction) was ‘jobless growth’. They were now going to focus on “job rich growth”. This dog just hoped they were thinking of eliminating jobs like “boda boda” riding which don’t qualify under this newly manufactured phrase.

From the new Chairman of the Private Sector Foundation (PSFU), Elly Karuhanga, we heard that while a lot of time had been spent talking, little time had been spent on doing what we talked about. That while we were focusing on oil, there were other minerals that were potentially as valuable as this oil we were all enamored with. There was the copper in Kilembe and gold in Busia for starters. Karomoja also needed to be mapped properly for its mineral potential.

All work and no jokes makes for a dull talking shop. Chairman Karuhanga, in being his humorous self also decided to narrate to us a ‘story about thinking’. According to him, his wife’s grandfather was an old fashioned traditionalist, one of those types  who could not stand the idea of having a toilet inside his house. Despite being old fashioned, the old fox used to wake up the members of his household at 4.30 am every morning. He would sit with them without saying a word until 5.30 am when he started talking. When they asked him why he was waking them up at that ungodly hour just to sit about, the old sage retorted that ‘he was teaching them to think’. He expected that they would think for that one hour before they started talking. That the old man who managed to live to a ripe old age had, because of his capacity to think,  amassed more than 1,000 heads of cattle.

The moral: it was time for Ugandan’s to wake up and start thinking. We had over planned and talked. It was time to mobilize and implement. Another wise chap had called this ‘hakuna mchezo’. 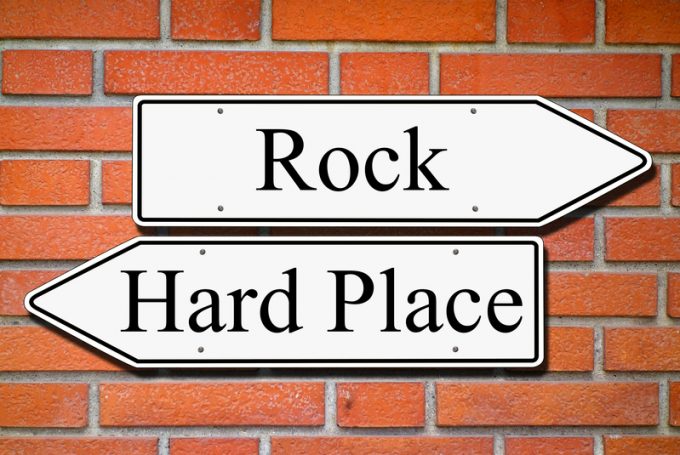 Blog
The 2021/22 national budget: between a rock and hard place
Blog
The Curious Case of Proletariat Class Violence
Blog
Of “Queuometers” and Economic Development