Corruption: The cat we can’t seem to bell (part 1) 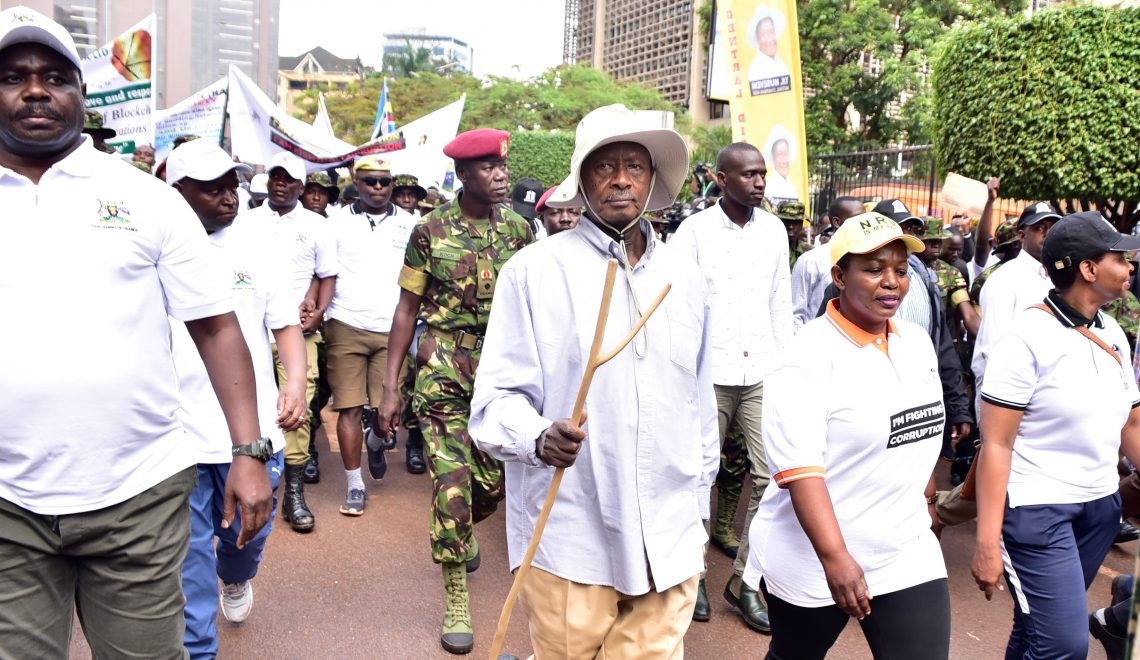 Last week was anti-corruption week. To show how serious things have become, the government organized an anti-corruption walk against itself. There was a ‘Chief Walker’ and the central business district was literally cut off. As usual there was mayhem with the traffic. After the walk there was a rally at the Kololo Independence grounds at which serious admonitions were made about the malaise.

I understand one of the speakers quoted the bible. Something to the effect that let he who has no speck in his eye cast the first stone! As always all bad things must be feminine I suppose. The Chief Walker responded by saying he was ready to cast the first stone because he had never stolen. It was a pretty good show, I heard on the grapevine, bar the grotesque fronts of some of the marchers.

And then it was on to the radio and TV shows. I listened to a history professor from Makerere describe two forms of corruption. The bureaucratic one and the political one. The bureaucratic corruption was that practiced by government officials and those who sought services from them. The political one was that practiced by the guys who were marching! In his opinion, the marchers seem to have been scrambling after the former. The Professor, believed the one they were not chasing was far more dangerous than the one these guys seemed to have been marching against. Who can argue with the professor?

We too, in our chat group could not resist the temptation to wade in. As you may have guessed we also needed to have two sides. So we had the side which felt that corruption was a necessary evil, and the glue that kept Uganda ticking and the side that felt that corruption had held back economic growth and kept many of our countrymen and women in poverty. It was a tough debate.

On the side of necessary evil, it was argued that historically, the existence of corruption in a country does not automatically impedes its growth and transformation. That most of the acts that are today labeled corrupt were perfectly normal and legal in nearly all western nations during their intense period or social and economic transformation. Criminalization of most of them was a consequence, not a cause of their development. Therefore to argue that  corruption impedes growth one has to put there a very specific context by showing that the particular form corruption takes in Uganda or Africa makes it injurious to growth.

For example there was as much (if not more) corruption in Indonesia under Surhato than in Zaire under Mobutu. Indonesia grew rapidly but Zaire stagnated. Why? There was as much graft in South Korea as was in Philippines but they had different development outcomes. Why?

Believe me this was heavy stuff and I have exercised editorial license over the expletives. From the corruption ‘neutral’ side (I am being polite here) the arguments could be summarized as follows. One, corruption is not necessarily/automatically an impediment to development. We would need to add other qualifiers because many (if not most) successful countries have had it and it has not stopped them. If it is stopping Uganda’s development we need to identify the specific forms it takes in Uganda and how they impede that process.  Two, in spite of being corrupt, some countries developed. In certain contexts, corruption can facilitate development. The results of corruption must be seen as dependent on context. Three, Uganda has enjoyed impressive rates of growth since 1987, in spite of increasing levels of corruption! Four, corruption is the glue that holds Uganda together and allows power to be stabilized. That without it, the proponent(s) of the above argument would not know how else we would govern this poor, agrarian and ethnically diverse fiction called Uganda.

The debate is still raging and I will be back with the rebuttal of the ‘anti-corruptistas’ next week.