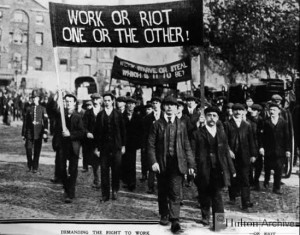 How nice it is to be young! The only problem with youth is you are often times not able to internalise the causes and consequences of the events around you. For me this story begins in Nakivubo. To be exact, in two specific sections of the stadium. One, popularly known as the ‘Kirussia’, and the other Pavilion. We all have to make our way up the ladder and so my way up started in the ‘Kirussia’ side of the stadium. To be precise that was the Eastern wing. It had the cheapest tickets and as a student, my affinity to the ‘Kirussia’ was explained by my economic circumstances. Life in the ‘Kirussia was a precarious affair.

On the days of the big match (KCC vs. Express or Villa vs. Express) the matches were always likely to end in a stone-throwing exhibition. You see the Kirussia housed the fans of competing sides without any meaningful barriers to separate them. If the referee made a fatal decision against one of them, say allowing a disputed goal, then the stone throwing would start. In those days the military was very prominent in civil affairs and keeping the fans apart meant gunshots. While this fracas was going on, the big chiefs in the Western wing (you guessed it – the Pavilion) would retreat to the VIP area for tea or soda or whatever was on offer. And they didn’t distinguish themselves as Villa, KCC or Express. So ‘Mister’ Bidandi Ssali would be seated with Patrick Kawooya, ‘Capo’ Mugabe and Baale Mugera enjoying the comfort of the VIP. They ‘owned’ the teams and didn’t fight each other…..

But in the ‘Kirussia’? The economics of day to day survival would play out in a gruesome orgy of violence. Several would get hurt and some would be hospitalised. A few broken limbs and deaths, but life went on. The proletariat brutalised each other every big match day and came back for more. They were alike, hardly able to keep body and soul together, but hated each other with an unfathomable passion despite their common heritage – economic station. As life’s flow pushed me to the fringes of the western wing and on into the Pavilion, it struck me that the financiers of the teams for which the fans fought with a passion treated each other with a kinship only associated with privilege. They had no reason to be fighting each other. This was a social occasion which they used to share tips and strike deals…

And fast forward to the recent events of April and May 2011 and I see the proletariat going at each other in a dance of death. On one side, the lumpen band followers of the FDC leader who were intent on looting from the haves. On the other side the organised groups that in organized societies are called police and army. They are still from the same class, and a cursory trip by any of the Police barracks, or the slums of Bwaise will show you that they share more in common with those they brutalise than with the ones they work to protect for a few pieces of silver. This is the norm in the affairs of men and women. Yes there is class consciousness, but there is a lot a narcissistic hatred for members of your class.

In South Africa Black on Black violence was a key feature of the fight against apartheid. In America, Mexicans commit more crimes against Mexicans and African Americans work hard to exterminate each other. The times when class wars cross boundaries, it is called a REVOLUTION. As in France, Russia and now the Arab World, you never know when intra class wars become inter class wars. And then you will know the beast in the proletariat. The things they will do to the upper classes are well documented. But mostly we all stay in our places.

It is the way our genetic code is constituted, more inclined to stay in our comfort zone than to question the status quo.  And don’t worry, no foot soldier or lumpen will be reading this. The more things change, the more they stay the same. Ask Barack Obama – he doesn’t know why middle class America doesn’t like his logic and health care plan. It just about keeping everybody where they belong!

Blog
The 2021/22 national budget: between a rock and hard place