Waiting for ‘Abdul Malik’: the art of the con (part 2) 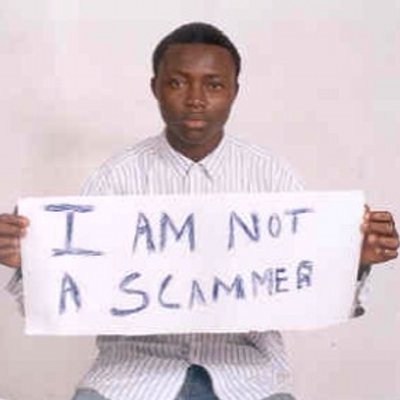 I am still waiting for ‘Abdul Malik’ to ‘transfer’ the money as he promised. To recap, I had been approached by a broker offering incredible amounts of money for property. He had then introduced to me an array of chaps, ranging from a buyer in Cameroon, his ‘Sudanese wife’ and some ‘valuers’ from Nairobi.

All these fellows seemed to be habituated in the places he claimed. When I called the ‘Cameroonian’ buyer, it was on a Cameroonian number. When I checked the ‘wife’s’ credentials, she sure was ‘Sudanese’. The ‘valuers’ also had a series of Kenyan numbers. To put icing on the cake, they had an advocate of the Uganda High Court acting as their lawyer with offices in a well-appointed office block in town.

There was only one small problem that didn’t seem to sit well with their scheme. How to get the ‘valuer’ from Nairobi to provide us with a ‘good valuation’ for the property. This is where I had to ‘help’ myself and that was the crux of the con. These con artists were appealing to my personal greed and the phone calls now came thick and fast.

‘Mr. Sam, my name is Odhiambo. I have finished the report but for madam to pass it you must give something small’. ‘How much?, I asked. ‘Madam will call you,’ Odhiambo replied. ‘But for me just send me something little, so that I can give her the report.’ Fool that I was I did ask a friend to send one million Uganda shillings to ‘Odhiambo’. I did not even stop to ask why a Kenyan valuer was interested in Ugandan shillings!

Mr. Odhiambo on receiving the million then went on a pub crawl. Fool that he was, he had the cheek to call me in the middle of the night and, like Oliver Twist, ask for more! Only that this Oliver Twist was a drunken Oliver Twist! I took him to task and after a few questions, he abruptly ended the call. The pin should have dropped by then but it did not.

The next day, sure enough ‘Madam Njuguna’ did call from Nairobi and demand for a pound of flesh if I wanted the valuation. After some back and forth, she told me to send USD 250,000 as their commission! ‘Nara!’ I told her and also added some expletives. Later another fellow whom called ‘Kiolo’ rang from Nairobi and kept on trying to convince me about how they were very principled valuers. But the pin had dropped this time and I decided to do some checking.

First ‘Abdul Malik’ claimed he was sleeping at the Speke Resort Hotel in Munyonyo. So I drove over and asked to see him. ‘Sir we have never had a guest by that name here. Maybe in one of our other hotels. Let me check for you.’ We did do a thorough check and sure enough, if ‘Abdul Malik’ existed, he seemed to live on a cloud. I then called the ‘Capo’ in Cameroon and someone luckily did pick the phone. Only he was not ready for me and he had all the kids in his abode crying at full volume. Because he was distracted, he didn’t sound authoritative this time but he assured me he was arranging the payment. Could I provide him with my email, bank details and a copy of my passport?

This was now in the realm of the surreal. To add to my suspicion, the guy at the other end now sounded like Abdul Malik the agent! The so called ‘wife’ of the buyer had disappeared and the lawyer was as evasive as a fly! Everything was clearly circumspect. I had been treating these fellows like royalty! Donkey that I was, I realized I had been suckered! On further inquiry I learnt that this is a common scheme in Kampala based on stolen sim cards. Just don’t be the next victim!