Waiting for ‘Abdul Malik’: the art of the con (part 1) 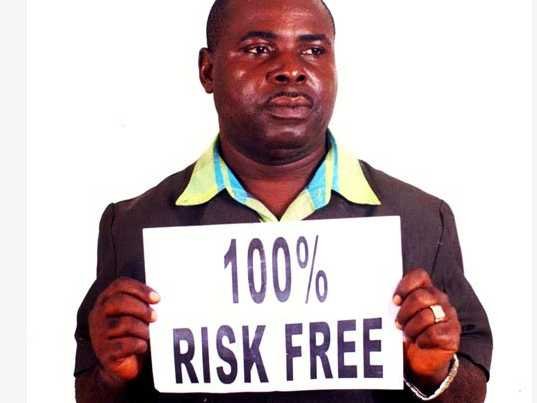 I am still waiting for him to pay me. He said his name was ‘Abdul Malik’ from Cameroon (sic). But I don’t believe that anymore and I should have known but I was blinded by what he promised. He promised me an enormous amount of money. Because that is the art of the con. You swallow the con’s story because of that most powerful of the ‘seven deadly sins’ – greed. I did for a while, there followed a series of bizarre events. Here is how it all began and ended.

First there was  ‘Mike’ the Midget. He made me write him a letter saying that his friend whom we shall call ‘Matalan’ had a buyer for a house. Matalan’s friend who was living in the Bahamas had just gotten married and wanted to emigrate to Uganda. The Bahamian chap’s family had agreed to buy him a house for USD 3 million! Matalan would fix the deal provided I agreed to a 10% commission. Hastily I wrote the letter for Midget Mike. But then Midget Mike disappeared. The next time I run into him he claimed he had been in ‘outside countries’. Only that he looked a little weather beaten.

Midget Mike assured me that they had a big man in Cameroon who wanted to move his money out. They gave me a name and sure enough when I googled I found the guy (supposed buyer), was in some kind of trouble with the government. But he had a second wife from Sudan. She was already in Uganda and she would come to inspect the house. Sure enough, one the ‘second wife’ did show up. She said her name was ‘Kojo’ and she had documents to prove it. She liked the property and we could meet at the lawyer’s chambers to seal the deal the following week.

First I had to call Cameroon and confirm to our man in Cameroon that I was game. They gave me a number and sure enough it went through. There was an authoritative voice on the other side and he sold me a yarn a mile wide. Only I couldn’t see it because of my greed. ‘I will send one of my people to see the property. His name is ‘Abdul Malik’. We will call you in a few weeks.’

In the meantime Midget Mike and some of his friends played musical chairs with me as they prepped ‘Abdul Malik’. After he had mastered the act, Abdul Malik called. He too was vertically challenged like Midget Mike but his accent was fit for purpose. He looked foreign alright. I led him to the property and gave him a royal tour. He then told me he would send in a valuer. Only that the valuer was Kenyan. ‘The big man uses these guys you know. I don’t know why but that is how it works. Don’t worry once they give a report, we shall wire the money’.

I was over the moon. In the meantime Ms. Kojo kept on inquiring if we had finished with preliminaries. She wanted to move in! At this point I was delirious and was spending the money in my dreams! The ‘valuer’ arrived from ‘Nairobi’ shortly and I picked him from Shoprite Lugogo. ‘Odhiambo’ he said was his name. He too looked hungry and weather beaten but how would I notice that? Had he not called me on a Kenyan number? I drove him to the property and he pawed around, taking some photos on his old Techno phone. ‘Don’t worry, I will give you a good value Mr. Samuel.’ ‘Please do give me a good value,’ I replied as I dropped him off on Parliamentary Avenue, and gave him some pocket money to boot.

With satisfaction, I rang ‘Abdul Malik’ and told him all was good. He assured me that once we got the report, he would use it to wire the money. And so I waited with bated breath.