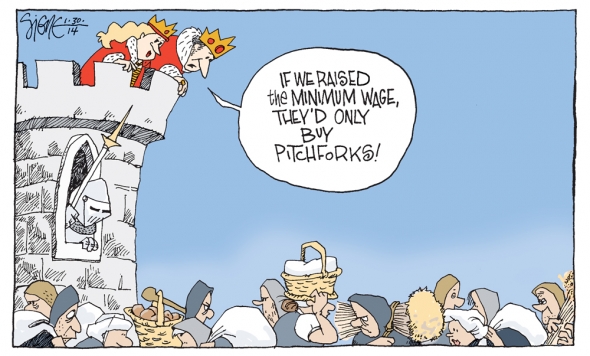 They say once is happenstance, second time is accident and third time is enemy action. So the first time we heard about “Mafiosi’ in Uganda Government, it was a very big guy called Mahogany. Remember him? He was claiming some guys were after him. It was had to believe what he was saying if you know what “Mafiosi” really means. He seemed to be having a few problems with a “super” Minister and other powers from ‘above’. Not long after that he was toast.

The second time someone shouted “Mafiosi” guess who it was? It was the Super Minister himself! The country was incredulous. How had the hunter become the hunted? It was whispered that ‘above’ there, this super minister was the word and the word was him. If there was a queue, he was right there at the top! It was an accident we thought and there was no “Mafiosi”. But soon he too was toast!

So last week when that a lady with ‘Magye’ (army) shouted the “Mafiosi” were after her, we could not help but look on with alacrity! This was now real enemy action. How could the “Mafiosi” have overcome the “Magye”?  Memes were soon flying all over the place about the “magye” being “magi” (eggs). Serious political observers are making predictions. Will she be toast soon?

We don’t know, but the claim that there is a “Mafiosi” in government can no longer be ignored. Otherwise how does one account for all the embarrassing bureaucratic chaos? It has gotten to a point where we don’t know who is who and what ought to be our national priorities.

Lets take two instances. First is the Lubowa Hospital. Apart from the controversial price tag, you have the joint venture partners arresting each other and Members of Parliament making ‘unwelcome’ visits to the project site. The drama is so ridiculous we don’t know what is actually happening. If the only role our government has in this project is to promise to use the services, why are MPs visiting? I say with tongue in cheek, at least in this one there is someone who comes from Italy! Is that not where the “Mafiosi” originate?

Before the dust on the unwelcome MPs visit to Lubowa has settled, we have a play (no pun intended) on a Shakespearian theme. “To audit or not to audit Uganda Telecommunications Limited” is the question. In the cast there is everybody from ‘above’. All these important Ugandans are flexing muscles and exchanging hot missives. How do we the ‘omuntu wa wansi” (natives) view these chaotic fights amongst high ranking public officials replete with convoys andAK47s who can even make phone calls to God? Are these not supposed to be our leaders?

One would think that these powerful people have fora in which they meet and receive advice, make decisions and issue government directives. No way madam! Everyone is holding a press conference and shouting “Mafiosi”! This cannot be the way to manage public affairs.

But there seems to be some order to the chaos. Chabal and Daloz (1999) in their seminal book “Disorder as Political Instrument” have argued that there is a pattern here. That there are social, political and cultural factors in Africa which aspire to the continuation of patrimony and conspire against economic growth (development). I would not put it exactly as they have put it, but the point is the same.

There are (political) actors who have a vested interest in the status quo (disorder). By creating chaos they are able to extract economic rents using their positions. But those positions are fluid and today’s “Mafiosi” are tomorrows hunted! The successful hunters then repackage themselves as a new set of rent seekers. Consequently growth is curtailed and the things that ought to get done (which we all know) take forever as the so called “Mafiosi” fight. That is the sad state of affairs. Place your bets and get out the popcorn.