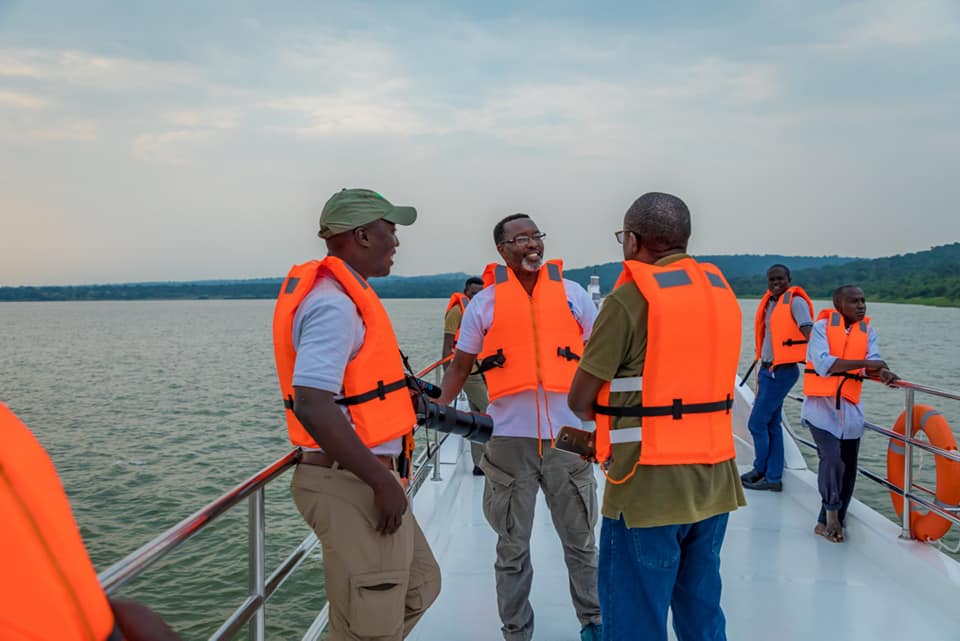 Bad news travels faster than good news. So most of the time the things that occupy us are of the of the ‘man bite dog’ type. Rarely do we get to know about some great souls that are doing incredible things. However tough it is, these guys get on with what they have to do and against all odds. Here are three incredible stories that I cannot help but tell.

First up is the indefatigable Amos Wekesa and friends. These guys, mostly professionals and business people, were brought together by one David Nambale (aka ‘Legal D’) in a WhatsApp group. The group’s objective was to discuss national issues in a truthful and unbiased way. Sometimes sparks flew left right and center and group members (like me) got in trouble with the administrator for shooting and asking questions later. But the group (whose composition surprisingly cuts across political beliefs) has largely stayed put.

The more business minded (Amos Wekesa and Aga Sekalala) then broached the subject of doing some business. Amos Wekesa with his never ending talk of tourism won the day. He suggested the group buys a boat and start a tour company on the Kazinga Channel. Amos and Aga have an eye for detail. With the help of some of the professionals in the group, they had the company up and running in no time. Some optimists subscribed to the share capital and Amos ordered the boat, MV Kazinga.

I will not bore you with the minutiae detail and roadblocks they had to beat but the rest is history. As I write, MV Kazinga has been delivered and the owners will be launching it soon. Congratulations to you guys!

Up next is the unassuming Fred Kamuhanda (Amooti) and his son-in-law, Joel Guma. These two and their friends dared to dream of producing pasteurized liquid egg and egg shell powder. Yes, you heard me right, liquid egg and powdered shell. They started a company and called it Pristine Foods. For the last three years they have been toiling, arguing and pulling out their hair to make it happen. Along the way they managed to find equity partners in the form of Pearl Capital Partners who provided additional funding .

But equity capital comes with conditions. They had to do things the way the funders wanted, even when the funders did not grasp their operating reality. There was more arguing and nail pulling but they never gave up. They acquired land, built a factory and imported machinery. In July 2019, the machinery was installed and pilot testing undertaken.

This August they invited some guests to an ‘egg tasting’ breakfast. We did have the omelettes prepared from the liquid egg and cake baked with the same product. The liquid egg is now available in three forms. There is the egg white, the egg white and yolk, and the yolk – all in liquid form. The next part of their hustle is to bring the product to market and they have embarked on a sensitization drive for home and factory consumers. It has been an arduous journey but it is only in the dictionary that success comes before work!

If you still don’t agree that it has been a great month, then there is the equally unbelievable story of Uganda Airlines. After 18 years or so in limbo, government has managed to get the flying crane back up in the sky. Under the new code name UR, the  carrier made its maiden flight  on August 27th. Because this is a story that has been playing out chapter by chapter in the news, I need not bore you with its travails. Suffice to say, it is a relief to have gotten this far. Let us wish all these ventures the best of luck. These endeavors represent more of what we need most as a nation. Unfortunately, they remain untold most of the time.