The Economics of Goat Hair 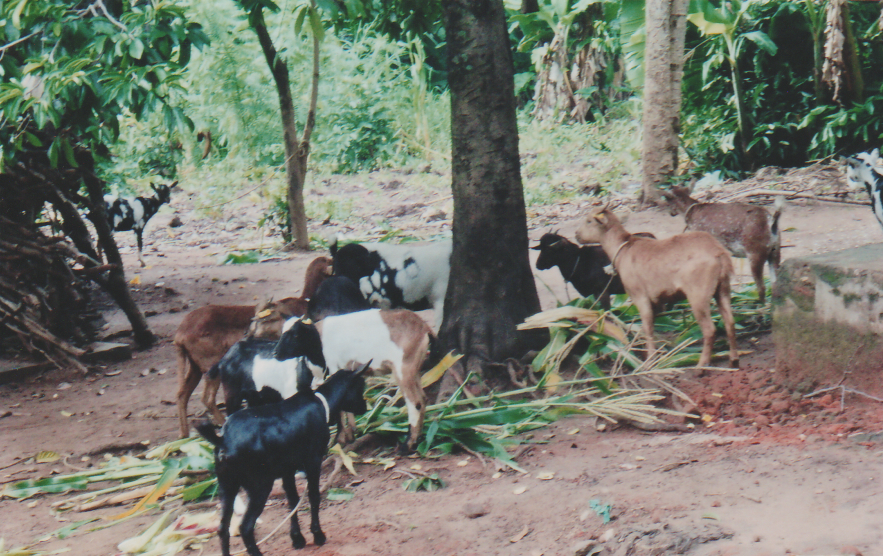 You will not believe me when I say I wasn’t thinking of the type of goats they were discussing in Parliament when I started writing this. The type of goats that thrive in Burahya county. I was really thinking of goat hair and its relationship to the value of the shilling. The kind of goat hair every third lady you meet is probably adorned with. And I was thinking about this goat hair in terms of the direction of trade and our consumption patterns.

It starts with the way the world has grown flat, i.e., become a global village because it is easier to fly to China and India, than to fly to say Guinea or Mauritania. Because of globalization, many of our consumption patterns are dictated by the tastes of, shall we say, more ‘sophisticated societies.

I heard this weird story about the trade in human hair while sojourning in China. According to my friend, poorer Cambodians, Chinese and Indians were ‘harvesting their hair for processing in factories to make wigs for women. But the trade had grown so lucrative and in leaps and bounds. There just wasn’t enough human hair. So to make up for the shortage in human hair, the enterprising Chinese had turned to what else, you guessed it, their goats! They were now shearing their goats and sheep to make up for what could not be grown on the heads of poor Cambodians, Chinese and Indian women.

However, since you are a picky consumer when it comes to your hair extensions you wouldn’t wear Cambodian hair, would you? So the hair is processed, styled and sold like it is Brazilian, Malaysian or Peruvian. Real virgin human hair, off the head of a Cambodian woman sells for about US $ 250 at the end of the marketing chain. I am sorry to break your hearts ladies but the truth is Brazilians and Malaysians rarely shave their locks. So what you are probably wearing is an extension made of goat hair and other synthetic fibers.

And on to the economics of goat hair. This imported goat hair is part of what makes up our trade deficit (when imports exceed exports). How much goat hair is Africa importing? How many other superfluous products are we importing in the name of conspicuous consumption? Data is difficult to come by (and that’s one of the reasons we cannot make informed policy choices) , but estimates show that trade in hair extensions and related beauty products maybe in the order of US $ 6 billion in Sub Saharan Africa. And that money mainly benefits those at the top of the pyramid, who are the Chinese and Indian merchants.

According to www.tradingeconomics.com, in financial year 2015/16, Uganda imported goods worth US$ 5,398.5 million. It exported goods worth US $ 2,719.49 million, leading to a trade deficit of about US $ 2,679 million. As one academic noted wryly, this trade deficit is written in the two troughs that make up the portion of the road from Mombasa to Kampala. These troughs are not replicated in the section of the road from Kampala to Mombasa, because we are just not exporting enough.

The trade deficit is mainly a result of a number of factors, including (1) a systemic dependence on oil, (2) failure to produce the right quality and quantity of products for the export market and (3) consumption of, you guessed right again, goat hair and related beauty products. Ineffective trade policies and non tariff barriers also play a significant part in limiting exports. Most markedly though, we face worsening terms of trade, driven by technological advancement, which is making the primary (unprocessed) products that we still export cheaper and cheaper.

It is inconceivable that in a continent where more than 40% of the people live below the poverty line, we are spending more on beauty products than on say, research and development. And we are not about to stop. The demands of the global economy are such that we want our women to look good and some of us think that African natural hair just doesn’t make the grade or cut.

While Africa is indeed growing, we produce (in little measure) what we do not consume, and consume what we do not produce (in large measure). This is the real economics of goat hair we must address. It is the reason we are in a debt trap, and the shilling cannot hold its own. Old Africa is fast disappearing under the weight of new Africa, only that the new Africa is a voracious animal. Oblivious to its environmental footprint, bent on catching up with the rest of the world.