What ‘Massacre” Road Says About Us 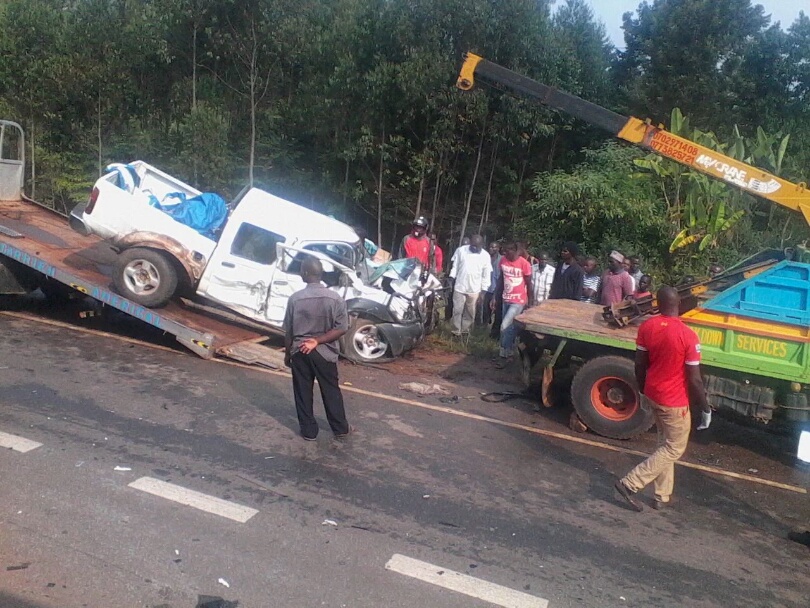 I did not read the newspapers yesterday. I also don’t have my copy today. When I ask why, I am told the newspaper vendor (lady) was run over by a speeding vehicle in Ntinda. “The vehicle failed to break and rammed into the pedestrians – she died instantly”. Death by speeding machine seems to be such a common occurrence and we have become used to these things. Which brings me to ‘Massacre’ (Masaka) Road.  Every week, you inevitably learn about another tragic accident claiming the lives of our loved ones. This is not only sad, but avoidable. You will hear people blame the road design/constructor, the weather, lack of signs and anything under the Sun! But nobody points a blaming finger upon ourselves as a society.

Why do we fail to question our attitudes and mentality? Why do we accept things the way they are? Is it because of fatalism, denial or is it a “cultural thing”? There are many avoidable things that happen to us as a society that we believe will happen despite whatever we do. So in the end we don’t do much to prevent them. Is it some fault in our stars? I don’t think so. Rather, in my humble opinion, this is because of an “incredibly” simplistic (and sometimes) incurably religious (fatalist) view of life that prevents us from relating cause and effect. Let me give you few examples. When the first HIV cases were discovered in Uganda, we said the people were being bewitched! There was a rush to Masaka (that name again) to eat life saving soil supplied by one peasant woman called Nanyonga! When Kampala was drowning in rubbish some Ugandans called for prayers. Really? Why not call for a cleanup and impose penalties for dumping? When the problem of car accidents was first raised a few years ago, we asked for enforcement of seat belt regulations. But seat belts don’t cause accidents! Yes they may prevent death in case of an accident, but they don’t cause accidents!!

We fail to understand the relationship between cause and effect, because we are not applying our minds seriously to the challenges of our times. First we live in a society where data, and hence useful information is difficult to come by for purposes of planning and decision making. Second we tend to try to solve problems in a knee jerk manner. We thus jump from crisis to crisis. Even where we know that a particular problem has occurred before, we will not solve it permanently, but will offer up an immediate response until the next time. For example, now that the rains are here, we know the probability of landslides in Bududa is going to be very high. But we wont do anything about this until the landslides do actually occur. Third, and probably more damning is the big chief effect. Incident happens, a big chief comes by, apologizes or commiserates with the people, blames some force or a given party and then makes an edict – no more driving of lorries after seven p.m. (remember?)!

So what is ‘Massacre’ road saying about us? It is saying, you are a society of careless people, fatalistic, and not amenable to scientific methods to solve your problems. Look closely at who is causing the accidents. What is their profile? They are mainly young to middle aged drivers, in charge of passenger service vehicles. Often semi-illiterate and poorly trained, doing a job no educated person would do. They probably started out as touts, rose to be conductors and as luck would have it, were recommended (by word of mouth) for the next available driving position.

Our solution is to put up roadblocks, arrest whoever is driving beyond the speed limit, and if necessary handcuff them! That way the dangerous drivers will learn that we mean business in this operation ‘fika salama’! Alternatively, we give these drivers uniforms, tell them the hours at which they must travel, and yes, ensure everybody puts on a seat belt! But how long does one deploy resources in an ‘operation’? Is this the real solution to the problem, or a way of covering up the deficiencies of a society?

The right thing doesn’t get done because it requires time. Time to make sure that whoever gets behind a wheel has been trained properly, time to keep data on traffic offenders so that licences can be cancelled, and time to empower the users of these public means of their rights. The underlying cause of most of these accidents is carelessness and poor attitude/ignorance. The solution to carelessness is training, not uniforms or handcuffs. Another cause is poor targeting of incentives. If the owners of these vehicles (mainly passenger service vehicle) are hit where it matters most, they would put in place a control system to protect their businesses and lives by ensuring their drivers are properly qualified.

But maybe that is not enough. How do you deal with an ethos built on fatalism, spirituality, and a dash of male chauvinism? That takes generations of concerted education and a real paradigm shift (mind set change). A Belgian friend of mine who had lived in Africa for about eight years remarked to me that during the whole of the time he had been here, he had failed to understand why people who could not keep time, would drive so fast once they got behind the wheel of a vehicle! Neither do I really.

I will read the newspapers another day, but Sarah Namusisi won’t be delivering them again ever. Rest in Peace dear lady.