The Chinese are coming while the Africans are fleeing in droves. Why? 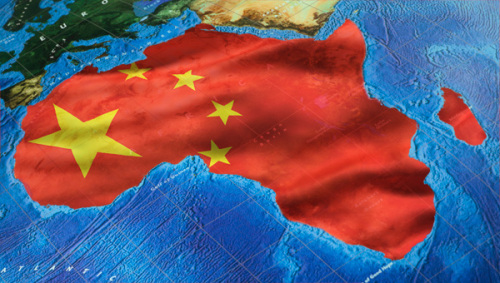 Since the collapse of the ancient and post classical African civilizations, the intrepid explorer and bounty hunter as always eyed Africa as a game prize. The early ‘exploration’ and exploitation of Africa began with the wars inspired to procure slaves for export of labour to the Middle East, Europe and Americas. According to historical records, for the price of a few trinkets, the fittest and strongest, were exchanged by the chiefs and kings to be resold in foreign lands.  Some commentators have argued that Africans were conquered because they did not have gun powder. While this argument may have some merit because some communities did try to fend off the enemy, it may not entirely be wholesome. Rather, than because of gun powder, many communities were overcome as a result of the treachery of rivalry with neighbouring communities. All these events point to the larger picture of small, disparate and chaotic states in the post ancient era.

The exploitation of Africa continued with colonization in the nineteenth century. Whole swathes of African territories were placed under direct feudal control of European mercenaries. The colonialists extracted mineral and agricultural products from these colonies cheaply and in return sold some more trinkets to the Africans.

It is poignant that African enterprise was diminished or eliminated in every possible way. The colonizers even made laws and regulations prohibiting natives from engaging in certain areas of the economy which were reserved for Europeans and their collaborators. The most devastating consequence of the continual rape of the African was that the latter developed a sense of inferiority and inadequacy, which can still be seen today.

Fast forward to the post-independence era and not much has changed in the general condition of the African in relative terms. Shattered hopes and dreams continue to abound as extortion of Africa continues.  Conflict and economic apartheid have continued to be affliction of the African. The irony is that Africans’ condition is now largely perpetuated by other Africans as agents of the erstwhile colonizers.

Because of the African’s exclusion from the most formal and meaningful areas of the economic system, the Africans who were being coerced into slavery yesterday have now decided to flee northwards in the false and misguided hope of ‘picking gold’ on the paved streets of Europe and America on their own accord!  Put another way, the African is just a bit-part player in any International Financial System you can think of. With minimal access to finance and opportunities, flight has come naturally. In 2018 alone, National Public Radio Inc. reported that 2262 Africans died trying to cross to Southern Europe.

While the Africans are fleeing their homeland, the Chinese are coming in droves. According to the China Daily, the number of Chinese immigrants in Africa has risen sevenfold over less than two decades. Some reports claim that the African continent was home to more than 1.1 million Chinese immigrants in 2012, compared with less than 160,000 in 1996.  Today this number is anywhere north of 2.0 million. As usual data on anything in Africa is problematic and unreliable.

The point here really is that while Africans are fleeing their own continent (even with the help of labour export agencies) other groups, like the Indians did more than a century ago, are arriving here to find success. Where Chinese money and goods go, the Chinese soon follow, receiving generous concessions and grants from the host governments in addition to their unlimited access to finances from their own country.

We must now ask why it is okay to let our brothers and sisters flee into a new form of slavery while others can make a success of our conditions. What is it that we are not doing right, that many of our young people must continue to flee into bondage? For how long shall we continue to be disorganized ‘chiefdoms’ that other nations take advantage of through more aid and trinkets. It is time for a paradigm shift.