Skin in the game: the thing you need to make rational (objective) economic decisions 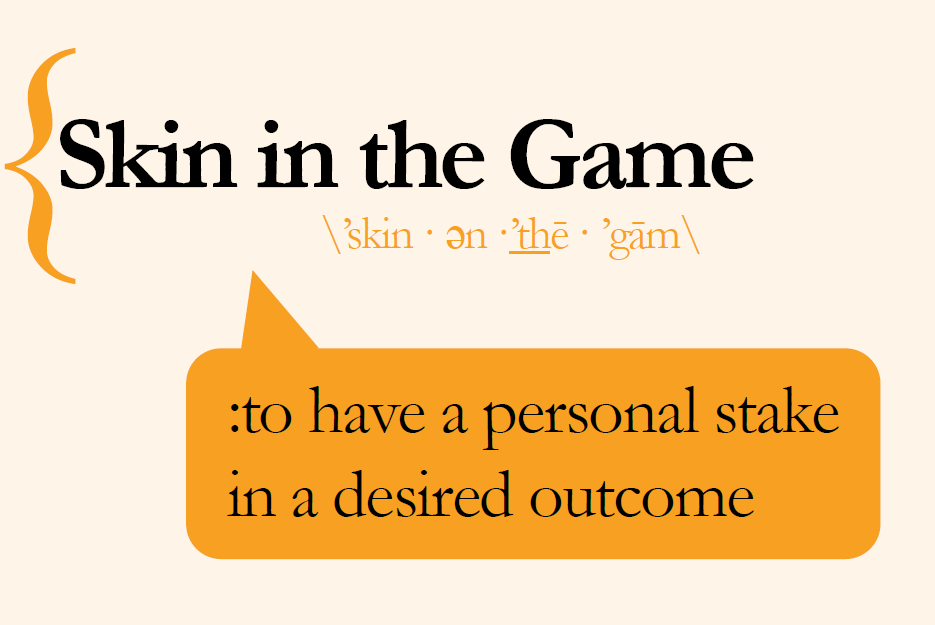 For students of behavioral economics, these must be interesting times. Listening to the utterances of ‘big men and women’ these last two weeks makes for a very interesting tapestry of how information asymmetry and moral hazard work in the management of public affairs. But more importantly it beggars the question of competence in managing the pains of a growing nation when it hits a few pockets of turbulence. The lack of finesse on the part of those ‘above’ can be both damaging and costly to the economy.

The question that intrigues most economists is the issue of why economic agents (they can be managers, leaders or consumers) act the way they do. In classical economics, we assumed that these economic agents were rational, and therefore would make decisions that satisfice or produce the best outcome for all stakeholders. Not so any more. Enter the behavioral economists. These fellows have conducted several experiments and have found that actually economic agents are not rational. Rather that we are all subjectivists that do what we do because we judge it to be the best.

Enter Nassim Taleb with the concept of ‘skin in the game’. His central argument is that rationality is based on our own survival. One economic agent’s rationality could easily pass for another’s irrationality. We make subjective (as opposed to objective) decisions because we have different notions of fairness, justice, responsibility and reciprocity. In most cases, we make decisions on the basis of (probably) limited information about the state of the world (information asymmetry). This information gap is then compounded by the fact that we have no ‘skin in the game’. We have nothing to lose because of our bad decisions. The contrary point of view is that if we bore part of the risk (or penalty) for making ‘poor’ decisions, we would think more carefully about how we make decisions that affect others’ welfare.

Confused? Yes you must be. Here is some context (based on utterances of public officials) to help you understand the ‘skin in the game’ problem. Following the Arua debacle and exodus of MPs to ‘seek treatment abroad’, official X sits in a public space and advises all and sundry that nobody shall leave the country to seek medical assistance abroad unless the Medical Board (whatever that is) has approved that person’s treatment abroad. Bollocks you would say, but the same official bears no cost for making such utterance. If she fell sick (God forbid), members of the Medical Board would be falling over each other to recommend treatment for her abroad! She has no ‘skin in the game’.

Official Y, also wakes up on the wrong side of his bed and pens letter to another public official to stop the Nyege Nyege Festival. It is unethical, immoral, Satanic and all those things good Christians do not want to see in this world. But official Y has not invested any personal money in this festival he wants done away with. He does not realize that the festival is a source of foreign exchange, employment and a source of livelihood for others. After all, if official Y needs to travel abroad, taxpayers will foot the bill.

You can thus begin to see how we find ourselves in situations where we make poor economic decisions as a part of a group. The distortions of symmetry and reciprocity are real. The right thing would be that if you enjoy the rewards (say of being a minister), you should also share in some of the risks, not let others pay for your mistakes.  If you inflict risk on others and they are harmed, you ought to pay some price for it.

This is the Golden Rule that official Y keeps on conveniently forgetting. Just as he would like to be treated, he should treat others. But then again, what do you expect in the absence of a merit ladder?