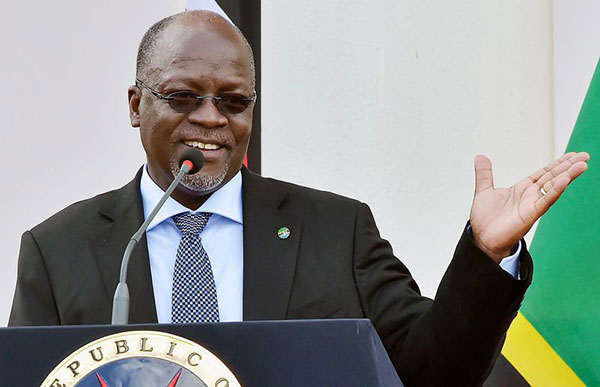 This one wasn’t on the grapevine. It was widely reported and all my shemejis must be having a blast trying to obey the President’s edict! HE John Pombe Magufuli directed that birth control should be abolished. Tanzania is a vast country and it needs people. I agree with Mweshimiwa in principal. I agree that East African men and women should be having a blast making babies. I agree that East Africa is under populated and needs more consumers. But that is probably where my agreement ends. This matter of population is more complicated than meets the eye. His Excellency Magufuli has given me an opportunity to articulate my theory of ‘population growth and African poverty.

Here goes. Most of the developed world went through a phase when they had high population growth. They went through a period when average family sizes were in the order of 10 or more people. There was little or no birth control and populations burgeoned. As recently as the 1980’s (especially among Catholics) it was not uncommon to meet families of that size. But then two things happened fundamentally changed. These were the rate of access to consumerism and birth control acceptance.

Consumerism was a result of breakthroughs in industrialization (automation), which meant more accessible jobs and opportunities for all genders. Birth control meant that natural cycles could be interrupted. Suddenly everybody started having a better life and producing kids fell out of fashion. Today, many Europeans will even opt not to have kids. But almost everyone in the Western world had been lifted on the wave of industrialization. No one was necessarily left behind. The poor and rich could be poor and rich without the burden of children. The welfare state had arrived.

We Africans (like all human beings ought to be) are equally aspirational. When we got independence, we started moving out of the reserves. In the cities we learnt to wear shoes and use forks. We too went to school and learnt idealism. We learnt that it was ‘wrong’ to have large families and those other values that the Western world held dear. We too learnt to fornicate without giving forth issue. But the basic economic framework, which defined our economies, did not change. While we were tutored to fall in love with western values, the bulwark of our economies remained agrarian. It was okay to stay in the town and forget our peasant origins, but the creation of wealth largely remained in the domain of the rural agrarian practicing peasant.

Now, in order to produce, the peasant needs labour. What better labour than the one he doesn’t have to pay for? So the peasant remains with the ‘burden’ of creating our wealth and bringing forth tomorrow’s population. While we are busy in urban areas boasting about the small sizes of our families, our peasant relations are busy producing the next set of ‘consumers’ who too would like to move into the cities. Unfortunately, the progeny of today’s peasant is not privy to the opportunities of the children of yesterday’s peasant.

As the children of yesterday’s peasant grow rich, the children of today’s peasant remain luckless. There are no national programs to lift them out of their predicament. The rate industrialization has stalled and jobs are in short supply, courtesy of the Washington Consensus. The problem is therefore not just one of an increase in population. As JP noted, we need more people. But the increase in population in Africa is based on the fact that poor people are producing more poor people at an increasing rate. With worsening terms of trade and an ever-increasing debt burden, Africa must inevitably grow at a decreasing rate.

This is our challenge. How do we get those with excess incomes to contribute more to the welfare of tomorrow’s consumers? We have been told that the kids of today’s peasants have also been immunized against killer diseases. That means they just won’t disappear. So go be whine.