Serikali iko wapi? We cannot live like this is the Wild West! 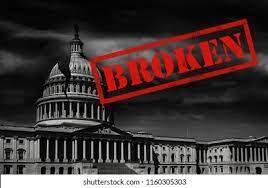 Two weeks ago we travelled to Dar es Salaam to attend to some business. On leaving the country, we had to take the now infamous PCR Covid-19 test. We took this test with a private facility and paid about USD 60 per person to a private operator. On arrival at Dar, we were subjected to a rapid diagnostic (antigen) test (RDT) before we could be allowed into the country. In order to do the RDT we had to pay to the government (through a bank) USD 10 for the test. This test was done by government medical staff port side. That means the test is done before you get into the immigration area. Before embarking on our return journey, we also had to find a medical facility to take another PCR test. Again we ended up in an army (government) facility for the test, after registering on a central database and paying USD 50 into a bank to acquire what was called a ‘control number’.

On our return to Entebbe (in the night), most of us who had been vaccinated twice were let into the country after clearing immigration and customs. Those who had not been vaccinated were bused to a crappy facility outside the airport were two fly by night (no pun intended) private operators  were conducting PCR tests for about USD 70 per person. Apart from the government soldiers guarding the facility, there was nothing remotely government related to this operation. The place was unkempt with very filthy toilets and those being tested were forced to sit outside in the chilly cold for up to four hours before they received their results. Several questions run through my mind. Who chose this dirty unkempt place as a medical site for the tests? Who chose these two obscure operators with no known medical experience to run a critical public health operation? Where was our  government in all this?

As all this was going on, our gallant basketballers, the Silverbacks, were trying to get to Kigali to play in a tournament. They had no money to pay for their travel bills! Help arrived in the form of a donation from ‘above’. The money was carried in a sack! We learnt that most of this ‘donated’ money had to be paid to a money lender to avoid further embarrassment (sic)! Luckily, the Silverbacks made it to Rwanda where they are living  another drama – winning games and having a torrid time in between the games. They were lucky to play the Nigeria game where they ran away with a spectacular win. Again one wonders. Serikali iko wapi?

There are the massacres in Masaka. As I write, we hear up to 26 people have been brutally murdered in cold blood. It’s taken up to a month for ‘above’ to respond. Again we ask. Where is our government? I could go on and on.

A friend (and now Secretary to the Treasury) who is a strong critique of liberalization likes to say, we did not just liberalize, we removed the doors and windows and threw them away. Yes liberalization came with the understanding that the private sector was better suited to delivering certain services.  But liberalization did not mean the departure or absence of government in critical national spheres. As I have argued before, liberalization means more regulation because free-market capitalism can never ensure equity or fairness. While it is still the best form of human endeavor, its tyranny must be restrained. We cannot continue living like cowboys in the wild West. Where is our government? I ask for the umpteenth time!