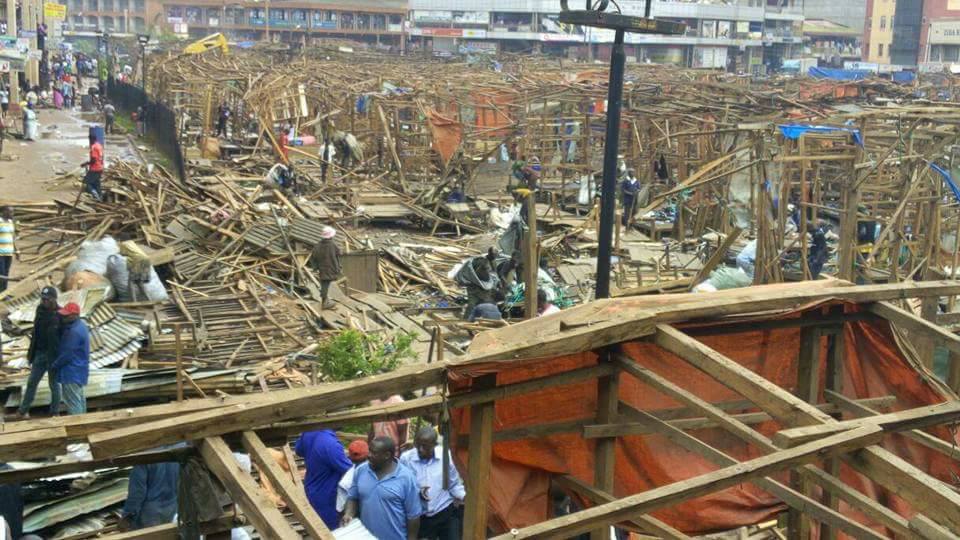 The first time my late old man took me out shopping, it was to an Indian dukawalla’s in Entebbe. That was so long ago, I don’t care to remember. But the place was called “Friends Store’ and was packed with goodies. I remember crying to ‘death’ because the old man could not buy me one of those self-winding two wheeled motorcycle toys that were painted in army camouflage. Probably the poor man could not afford it but who was I to know?

Fast-forward and Amin started on the Indians. He called them exploiters and blamed them for all manner of evil. Just the way the xenophobic blacks in South Africa are blaming other African’s. In short order, he declared an ‘economic war’ and gave the hapless (sic) Indians 90 days to leave. As the Indians left, he organized a committee of thugs to redistribute the shops formerly owned by the Indian traders. Just like that, the ‘mafutamingi’ was born.

The ‘mafutamingi’ was usually your former civil servant, hanger on, or houseboy of the Indian. In inheriting the Indian’s largesse, we forgot that it was a labour of love running a business. Capital was built from sweat, supplies were ordered using letters of credit, and bank loans had to be repaid. The deterioration was swift and brutal. I recall joining Budo and the old man took me to shop at Drapers. If you don’t know what Drapers was, it was located at Crane Chambers opposite City Square. By 1979, the whole Drapers chain had collapsed.  Indian shops were either sublet or, if the allocate still run the show, selling bananas and local crafts. The mafutamingi and his small time mentality had truly arrived, selling wares and ideas from his village.

As the economy deteriorated, so did public amenities. Before you knew it, there were a few hawkers on the periphery of the park yard. Between the ‘bakombozi’, the ‘bayeekera’ and ‘steady progress’ we saw the yard deteriorate into a filthy market. It is indeed surprising that when the place got burnt down, some people were fund raising to support the reconstruction of the illegal market!

Enter one Ham Kiggundu and company. They have a ‘grandiose’ plan to build very many ‘mizigos’ in the Park yard and all around the former Nakivubo stands to create – you guessed it – more stalls for selling bananas. Are we not the world’s premier banana producing country? So why would Mr. Kiggundu not build so many ‘mzigos’ around a national monument? He was probably brought up on a mafutamingi mentality. After all, another mafutamingi had been allowed to excavate the city square! This particular one was allowed to go on and desecrate the perimeter wall of Uganda’s national mosque!

Today we live by mafutamingi standards. In economics, it is called the ‘tragedy of the commons’. It means that individuals, in the pursuit of their own interests ultimately are allowed by the wider society to create collective disasters. The ongoing destruction of Nakivubo Stadium (note that parts of the parking on Namirembe road had already been built up) and the desecration of the Old Kampala Mosque’s perimeter wall are classic examples a social malaise.

Mafutamingis, recently arrived in the city, let out as businessmen and women and we cheer them on. Forgive us the natives, for this is what ‘okugoba okabwa’  (getting out of poverty) means for us.