Our glass: is it half empty of half full? (Part 1) 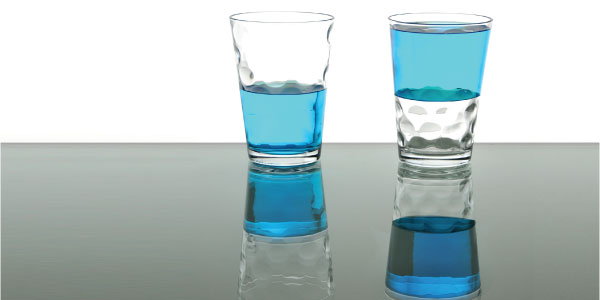 This week we were back in a place I love to be. We were in class, learning and debating development in our small corner of the World. We were discussing East Africa’s economic outlook 2018 and performance trends in frontier markets. First we examined global trends. It is expected that most growth in the World economy will take place in China (6.2%) while Europe will grow at a very sedate 1.6%. Sub Saharan Africa is expected to grow at about 3.5%, up from 2.6% in 2017.

East Africa is expected to come out tops in the economic growth league for Sub Saharan Africa growing at an average 6.1%, with Kenya coming on top of the pack. Commodity prices are edging up, and demand in the Euro zone is rising again. Central Bank base rates are at their lowest in a while and there is some recovery in consumer spending albeit limited. Inflation seems to have abated and the regional political cycle of elections with its attendant circuses seem to be behind us. The last act of this circus was hilarious. Only our Kenyan brother could do it the way they did. There was a second swearing in for a ‘people’s president’ and the cheeky deportation of an undesirable ‘foreigner’.  Stand warned all you politicians with hidden allegiances. You maybe ‘Migunad’.

On a more serious note, things would even be better but for a few flies in the ointment. It is “America First’ for the USA and “Brexit’ for the UK. There is more fighting in the Middle East and the potential for this conflict escalating out of control is very strong. The Russians are in there and so are the Americans. Iran, Israel and Turkey and ISIS are all in the mix. What does this have to do with us you may ask? The Middle East is a big market for our products and if it goes up in flames, that is two steps back for us.

There are more ominous signs though. The stock of debt is rising as we continue to invest in infrastructure. The good thing with Chinese money is that it comes with fewer questions about governance. Just buy their expertise and do as you wish with the natives. So the EAC is borrowing from the Chinese with abandon. Increased borrowing comes increased debt vulnerability. The Chinese will have to be paid one day.

This consumption spree is likely to increase our deficits and that will mean that the fiscal space for private sector credit will narrow in future. The infrastructure is needed, but national governments seem to have limited capacity for self-financing these projects.

As all this unfolds, we were told the IMF is watching. It may yet dispense another dose of its medicine. And what may that medicine be? More austerity, a reversion to macroeconomic stability measures and ‘revenue mobilization’. Revenue mobilization in IMF speak is more taxation. But the people who actually do pay taxes are already overtaxed! More structural reforms (no new public institutions), and social protection for the most vulnerable, the IMF will admonish. Just you wait.

Growth that has come via ‘de-industrialization’. Yesterday we were doing agriculture, today we are doing services. The largest source of growth is not coming from where it ought to come (industrial production) but rather from services. Because our economies are not transforming, they remain perched at the top of the poverty league. Just like in yesteryears, we are still exporting raw commodities. This is the dilemma in our little corner of the world. It is a hard paper if you are the one charged with resolving these contradictions. And we were just warming up.

So far the glass looks half empty. But maybe there is another story. Lets see whether it can be seen as half full next week. It is always a question of which hymnbook you are singing from.