On Naguru and Nakawa housing estates: the small problem of adverse selection 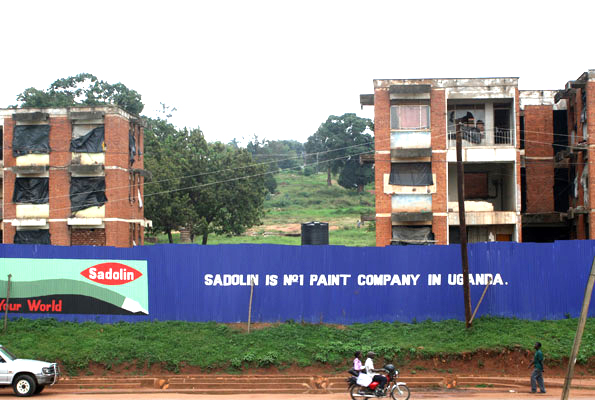 There is a common saying about the nature and course of failed projects. It goes something like ‘the road to hell is paved with good intentions’. But then again, that is the nature of life and business. Not everything will succeed. However when it comes to large public projects, that failure for stakeholders without power, can be consequential.

This point was brought back to me starkly as we drove along Jinja Road. On one side I could see the vast empty space that was once Nakawa estate. Further up the road, we passed another vast space formerly known as Naguru estate. I too relate to the former occupants of these estates in the sense that I grew up on a similar estate.

The origin of these estates, if you don’t know, is rooted in a form of apartheid that was practiced by our colonial masters. There were places where whites lived. There were places were Indians stayed. And then there were the ‘African quarters’ (Naguru and Nakawa were two such areas) where low level civil servants and labourers lived to support the lifestyle of those at the top of the food chain. The Africans were not allowed in the places where the other groups stayed after a certain hour

Along the way, Africans too climbed the social ladder. They sent their kids to school, acquired qualifications and some moved into the places of the Muzungus and the Indians. Many years later (after independence) when the Africans who had moved into Mr. Jones home gazed upon Nakawa and Naguru, they felt the need to redevelop these areas and uplift the other Africans who had been left behind.

Before you could finish saying ‘abracadabra’, an ‘investor’ had materialized. The investor promised heaven on earth. Negotiations were undertaken and papers were signed. The African quarters (Naguru and Nakawa) were razed to the ground. We all lived in hope from then on. I don’t know where the African’s who lived there at that time moved to, but seeing by the expanded size of Kampala, they must have migrated to the fringes of this shabby metropolis.

The problem with many of the negotiations in which our government enters with the so called investors is that they are prone to adverse selection. Adverse selection means that a party in a negotiation has relevant information about a situation that the other party lacks, and that asymmetry of information may lead to a series of bad decisions or choices. Typically, the more knowledgeable party is the investor – that party does not reveal all the information they have, and the other party is sometimes not able to discern that information.

After the deal is struck, moral hazard kicks in. Moral hazard is about behavior change. Because there are (usually) no penalties for non-performance, it is easy for the non-performing party to walk away. When this happens, the party (in this case government) is left holding the can. It has to explain to its aggrieved constituency why the deal went sour and probably even pay the non-performing party for imagined breaches!

This is (largely) the situation which has led to those two vast empty spaces. There are a few ways in which the problem of adverse selection can be overcome. One way would be for investors to provide warranties, guarantees, and refunds. Another one would be to do more due diligence on the claims of the investor. A third way would be to use the services of experts as opposed to political actors to undertake the negotiation process. Easy to say but all these precautions can be countermanded by self-interest which is then built into the price of the proposed project.

Naguru and Nakawa are not the first, nor will they be the last. These ‘things’ have a way of repeating themselves every now and then.