On life’s vicissitudes: The Reverend, the Imam and Pope Emeritus 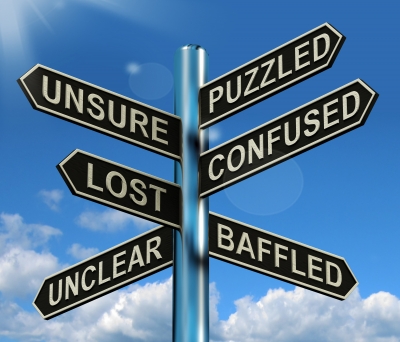 When it comes to matters of wisdom, I must always defer to the lessons my old woman taught me and my siblings over time. A few of those lessons came with the rod, considering that I was one of those naughty fellows whose brain resided in my posterior parts as a youth. But mostly the lessons she taught us were centered on hard work, patience and justice.

Of all the snippets of wisdom she has shared with us over time, I suppose the most enduring is the one to do with justice. ‘Tosala gwa kawala, nga tonawulira gwa kalenzi’, she would say, meaning that ‘don’t pass judgement in favour of the girl child before hearing the boy’s case’.

These things kind of grow on you and as I write this, I hope I shall not, be condemned for passing judgement on the Reverend, the Imam and Pope Emeritus, having not heard their side of the story. But I could not resist revisiting the strange tales these shepherds have been involved in these last two weeks. In any case, these tales involved male and female characters literally.

First up was the Reverend from Kazo Archdeaconry who allegedly planted a seed in a member of the laity and then proceeded to ask for another lady’s hand in marriage. Well, hell hath no fury like a woman scorned and soon she had mobilized whoever would listen and proceeded to demand her pound of flesh. Of course, the good Reverend has denied her allegations and accused her of being jealous and ‘frogging’ (sic) a dead horse. The last I heard, was that the concerned authorities were trying to get to the bottom of this.

But then again how many times have I told you that life is stranger than fiction?  Hardly had the good Reverend sorted himself out and the Imam from Kyampisi turned up. Unlike the Reverend who is allowed one bite of the cherry, the Imam can have four bites. It was therefore a bit odd when the story broke that the Imam had married a ‘man’ called Ronald Tumushabe aka ‘Nabukeera’. That when the Imam had tried to examine the goods he was ‘purchasing’, he had been lovingly rebuffed with conditions of a ‘nikah’ if he wanted the ‘whole yard’.

As far as stories go, they don’t get stranger than this one. As I write ‘Ronald’ has been apprehended and charged with false pretense and other such like misdemeanors. A friend jokingly suggested that maybe ‘Ronald’ swings both ways and was hoping to bag the Imam instead! Not a nice one. Again, I hear the authorities are trying to untangle this.

The dust from Kyampisi had hardly settled and there was a new book allegedly authored by Cardinal Robert Sarah (a man definitely) and Pope (Emeritus) Benedict giving their opinion on celibacy in the priesthood. According to the news, Pope Francis, who is seen as more progressive, faced a situation in which there was a shortage of priests to give sacraments in some remote areas and a suggestion had been mooted to ordain married men. As soon the publication hit the book stores and there was Pope (Emeritus) Benedict distancing himself from the celibacy ‘debacle’.

We won’t know the truth about these things until we have heard all sides. The Latin (no pun intended) must have heard of the wisdom of my people. They too say ‘audiatur et altera pars’ meaning “let the other side be heard as well”.  It’s only two weeks into ‘Jan-worry’ as some copy writer has coined the month, but it is turning out to be quite a spectacle! What else should we expect this year?

Who knows the motivations of men and women? Who knows the joys and pains of life? None but the owners of those experiences. As for me, I will stick to mother’s advice and the book of wisdom. Judge not, that ye be not judged.