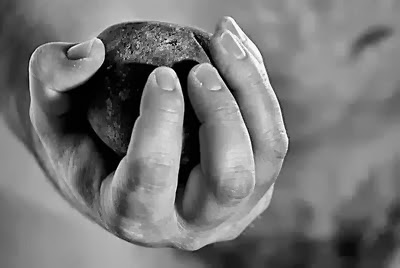 Talk about God (religion), politics and sex and everybody has an opinion to proffer. This rather obvious observation was made to me more than a decade ago by a revered professor who nearly ended up in the priesthood. As a former student of theology he would know. After all, God, politics, and sex touch each and everyone’s life in one way or another. I have written as much before (see samuelsejjaaka.com). It is the reason my sister Stella Nyanzi has many admirers and haters. She writes about a taboo subject – everyone is involved with that carnal business but they do not want an honest or lewd discussion of their darkest passions.

So when the Rt. Hon Speaker Rebecca Alitwala Kadaga visited a shrine, many were quick to condemn her. I know the Speaker personally. Her intellect, mental clarity and reasoning are beyond average. And she visited this “shrine” in full view of cameras. She did not deny it. She in fact affirmed she had been there before the election. So why all these snide remarks and negative comments from a largely biased (Judeo Christian/Abrahamic) society? In any case practicing religion does not make one more Godly than the one who does not.

The explanation is both embarrassing, and annoying. Most of these negative comments are driven by ignorance and years of mental slavery on the native psyche. When the missionaries arrived here and started reprogramming our minds, they led us to believe that the African concept of “God” or gods was inferior. These Trinitarians then force fed us on the idea of an all-embracing “God”, a holy spirit and a certain Jesus of Nazareth. Many more people have lost their lives in crusades advancing religious enslavement than you would care to believe. A cruder form of this mental slavery is something like ISIS is trying to do today.

So what is wrong with Rebecca visiting a shrine? Pope Francis visited one at Namugongo recently. What makes Rebecca’s shrine inferior to Francis’ shrine? Kejal Vyasa and Francis Rocca, writing in the ‘Wall Street Journal’ of 8th July 2015 report that Pope Francis had noted the importance of syncretism amongst the indigenous Bolivian communities that had been forcefully converted to Christianity. The practice of Christianity is indeed a syncretic business. I do not know if the Christian adherents of the Middle Ages had African drums and ‘amadinda’ as used in worship in Catholic churches today!

Can one not believe in an all-encompassing ‘God’ and also believe in a plethora of local deities or ‘gods’. In any case over half the world does not believe in Christianity. Would that make them inferior beings to those who believe? The fangs of spiritual colonialism are firmly clenched over the minds of my native brothers and sisters. Many people do not read, do not contemplate opposing ideas and dissent is anathema to them. In ‘Sowing the Mustard Seed’ one Yoweri Museveni has explicitly described the way he had to cope with native belief as they prepared for war. That did not stop him being a Christian. In any case most imported religious rites are as Pagan as The native religious rites. None is Godly; they are all simply rites of passage to a better mental (perceived) well-being. So let him/her who has not visited a Christian or other shrine be the first to cast a stone at Rebecca. That my dear natives, was Jesus’ own admonition to the truly righteous.