The Problem With Our Interest Rates 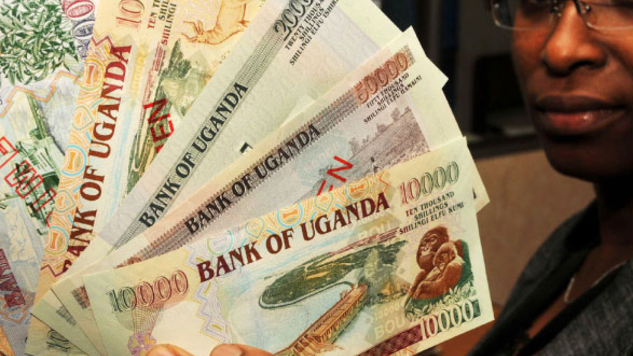 Outside the world of air conditioned boardrooms, convoys and per diem, there is real economic hardship being faced by ordinary Ugandans. That pain is occasioned by a noticeable slow down in the economy and the rising interest rates. In the just ending financial year 2015/16, growth slowed down to 4.6% according to the World Bank from an expected 5.5%. Even this 5.5% was not good enough for a country that was touted to have the fastest growing economy (7% – 9%) between 2000 and 2010, given a population growth rate of 3.26%.

In the last year (an election year), The Bank of Uganda (BOU) raised its central bank rate (CBR) to a high of 18% per annum to counter the rising dollar and inflation. Commercial banks took cue and raised their prime lending rates to as high as 28% per annum in some instances (because they are in the business of making profit).  Contrast the slowdown in investment and economic growth (and therefore consumption) with rising interest rates and you begin to appreciate the reality of what is happening to those at the bottom of the food chain, especially in the formal economy.

Let me first illustrate the lack of economic realism and business sense associated with high interest rates. Suppose you borrow shs. 100 from a bank, the bank will demand that you pay commitment fees, legal fees, mortgage fees, etc. So for the shs. 100 you borrow, you will probably walk away with only shs. 95. But remember you owe shs. 100 before the ink dries. The shs 100 is borrowed at a rate of 28% compounded monthly. That translates into an effective interest rate of about 32%! per annum. SO for the shs. 100 you borrowed, the bank expects to receive back shs 132 at the end of the year. To be able to make money you need to consume services (operating costs) which for every shs 100 will amount to about shs 40 if you are efficient. That means that before you pay yourself you must generate shs 172 to just pay the bank! If you have to pay your labour shs 20, for every shs 100 you borrow, then you must generate shs 192 per annum. Just remember you only got shs 95. So to generate shs 192, you are expected to return a rate of 102% on the principal you walked out of the bank with. We can ignore direct taxes because they are incidental – you only pay them when you make a profit.

How possible is this beyond the air conditioned boardrooms where we are making these decisions for our investors? We know the cost of doing business in Uganda. We know the cost of electricity and how it impacts competitiveness. So how do we expect our investors to run when they are hobbled by these usurious interest rates and structural bottlenecks? It is also true that there is a serious mismatch in some of the investments made and the type of resources used, but under no circumstance would these interest rates result in a favourable outcome for the economy, the banks and the investors. It is therefore quite inappropriate to pat ourselves on the back and say that BOU has stopped inflation in its tracks and the all macroeconomic indicators are sound. Nobody eats macroeconomic  indicators!

From the point of view of BOU, the right monetary medicine has been administered, but that medicine is slowly killing the patient. We run the risk of rising nonperforming assets in the financial sector, and that has just not yet happened because of a lag effect but the signs are there. Not only do these non performing assets impact further availability of private sector credit, but they can cause further economic and political instability, as more jobs are lost and businesses of key allies to development collapse.

The high interest rates are a repeat of the 2011 cycle, but are largely exacerbated by a rising public sector borrowing requirement which crowds out private sector credit. Yes we know that there was a collapse in international commodity prices and the dollar strengthened further on account of a falling Euro, but in our situation, a slow rate of expansion in production has worsened matters. Clearly these are difficult times for us if you appreciate the importance of Kampala to the economy. The actions of BOU were occasioned by the right thinking and the smart banks made a lot of money out of the rising treasury bill rates, but who is to pay the price and ultimately what will we do to mitigate the effects of this cycle?

We cannot read a budget and talk about ‘widening the tax base’ when consumption is falling. How do we expect Ms. Doris  Akol and company to collect  shs 13 trillion in conditions of falling consumption and rising unemployment? It is time for some realism. Government needs to shore up the economy. I don’t understand why the Bank of England can provide £250 billion for banks to shore up the economy on Brexit, and we are not able to protect our economy when it matters!  What is good for the goose, is good for the gander. There are some practical and realistic short term measure that can be taken.

First, government should resolve the position on domestic arrears which now stand at approx shs 1.5 trillion in total. Domestic arrears for financial year 2015/16  are approx. shs 120 billion. These need to be paid off to jump start consumption and ease stress on businesses. Government needs to appreciate that you do not  ‘widen the tax base’ by simply writing down prospective taxpayers names! The tax base is widened by increasing consumption of goods and services, and therefore providing and incentive for investment and production. This is in fact outside the mandate of Uganda Revenue Authority and I don’t see how registering tax payers realistically increases the tax base. Neither do higher excise tax  rates (taxes on production)  mean that you collect more taxes.  In other words, even before you start implementing the 2016/17 budget, you are faced with a serious reality check.

It is right to invest in infrastructure (no- tradeables) as the government has done, but that is only part of the story. The second part of the measures that need to be put in place is to invest in productive enterprises that will create jobs for Ugandans and move more of them out of the informal sector. When people move out of the informal economy (68% of the economy now) then they pay taxes especially through the consumption of fast moving consumer goods. This is the true way of ‘widening the tax base’. The only discernible effort, despite its flaws, government seems to be  under taking in increasing production seems to be Operation Wealth Creation. This is commendable but needs serious tinkering and restrategising.

Third is a serious need to address the burden of a large public administration which further exacerbates the possibility of having fiscal discipline. This large public administration only serves to distort public finance management practices. Reducing the cost of pubic administration has the advantage of increasing public sector access to affordable  credit. If interest rates are more than 300 basis points (3%) above the rate of inflation, they only act to reduce competitiveness of locally produced goods and services, and this only worsens the trade deficit because we cannot compete in world markets. Our government’s spending needs to be effective and realistic to (a) manage public expectations and (b) reduce poverty and inequality. May be then, ceteris paribus, we shall achieve the fabled middle income status we have promised the electorate by 2020. It is a big call.