Now that we got us some shiny new infrastructure; where can we buy some software of the mind? 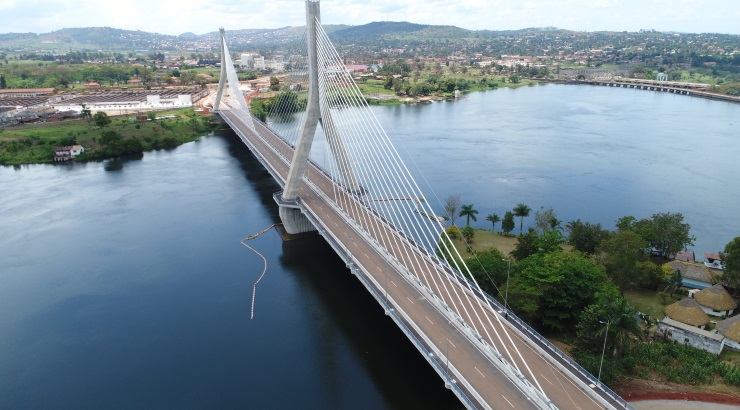 The Source of the Nile Bridge was commissioned on 17 October 2018. The cable-stayed bridge across the Victoria Nile has been touted as a marvel. Certainly the pictures do show it up as a sight to behold. According to reports, the bridge comes at a cost of US$ 112 million or about Ugx 425 billion at today’s exchange rate and has an expected lifespan of 120 years.

The bridge is not the only new shiny piece of infrastructure we have completed recently. The Entebbe Expressway is another delightful piece of infrastructure. There are the power dams (Karuma and Isimba) coming to you shortly. Again Karuma has been touted as a design marvel with a 600-megawatt capacity. When completed, it will be the largest power-generating installation in the country. The price ticket for Karuma is US$ 2.2 billion at the last time of checking.

We have the SGR and the oil pipeline all on the way. We are also in advanced stages (I am told) of restarting Uganda Airlines. There have been very many questions about the Uganda Airlines Project and the answer about whether to go ahead or not depends on whom you ask. If you ask an economist, it is probably a no no. If you ask someone like a tour operator, the answer is a definite yes. If you ask a politician, it depends on which side of the political divide they are probably. We could go on and on with the infrastructure plans that we have in the pipeline, but the overall story is it is well on this front, bar the price tickets in some cases.

But infrastructure per se never developed a country. There is another ingredient that we need to really takeoff. It is called software of the mind or mindset. Others call it mental programming. Others call it culture. Software of the mind is about the “moral circles” or compass from which national societies are built and the unexamined rules by which people think, feel, and act. Culture is our collective mental programming; the ideas, customs, and social behaviour of our people or society. National cultures differ in the areas of inequality, assertiveness versus modesty, and tolerance for ambiguity.

Now that we have invested heavily in these new projects, can we not invest a bit in our mindsets? Is there something that the Chinese, Japanese and Koreans who are financing these projects can teach us about a) maintenance of the old infrastructure projects we had already commissioned and b) how we shall keep these new ones going in a spick condition for a long time? Is there something (especially the Japanese) can teach us about inequality and assertiveness versus modesty?

If you drive along the Entebbe Expressway for instance, you will begin to see the impact of a poor culture on the new road. The rubbish, vandalism of the fence and a few reckless accidents that damage the investment long before it ought to start needing repair are all already in evidence. That is where culture kicks in – a culture that would ensure that the same cable-stay bridge in Uganda looks like the one in Japan. A culture of modesty and conscientiousness that provides for respect of our common property resources. That is the challenge we face with these kinds of investments, if you don’t mind the price at which they are coming.

There was a joke that used to make the rounds in my student days. A businessman went to visit a lady in Mary Stuart Hall at Makerere University. When he asked her out, she said no because she wasn’t in the mood for going out. The young man asked her where he could buy her ‘mood’ so that they could go out. In the same spirit I ask; where can we buy us some software of the mind? We need it sorely.