Now that we got us some shiny new infrastructure; where can we buy some software of the mind? (Part 2) 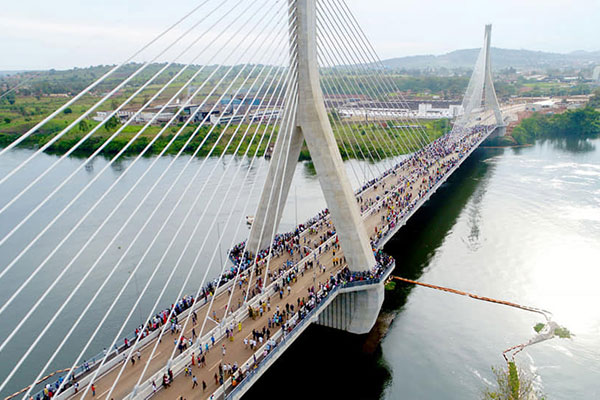 The ink had hardly dried on this column last week and there was a big pile up on the Entebbe Expressway. The damage could have been serious with loss of life, but for the grace of God. Fatalism most of us Africans call it. We think that misfortune is in the stars. That it is ordained and thus we must accept the bad (or good) things that happen to us.

A closer examination of the accident scene shows that (1) the trailer was probably over speeding in a place where there were clear warning signs about reducing speed because of the slope, (2) it probably was in a dangerous mechanical condition because of skimping on maintenance and 3) the driver was poorly trained or had scant regard for the welfare of other road users.

The subject of culture (or software of the mind) has been studied extensively. In large measure, the overwhelming balance of the evidence shows that societies are as developed or underdeveloped as they are because of the cultural idiosyncrasies that either propel them forward or hold them in bondage. That culture helps to explain the differences in the way leaders and their followers think, and therefore the way they deal with issues at the national and personal level.

The guys who are savvy about these things argue that the “moral circles” from which national societies are built and the rules by which people think, feel, and act are a function of a particular society’s values. For example, for the Japanese (who have funded that magnificent suspended bridge) it would be a matter of dishonor to the nation and the family to promise to do something and not do it. There is no room for ambiguity. For us on the other hand, the question of honour depends on whether you bring the gravy home or not.

It is thus not uncommon for a whole village to converge at Statehouse and ask for forgiveness for their ‘son’ despite the fact that the son was caught with his hands in the cookie jar. After all, everybody else does it. Indeed if you eat big chief and remain poor, you cannot be adjudged to be ‘clever’. That is the social more to which you are held.

Not to get ahead of myself, lets get back to the problem of infrastructure and why we need software of the mind to make the leap that more developed societies have made. First we need to be trained (acculturated) on how to live in the more gentrified environment that the new infrastructure offers. For our trailer driver that means a) observing the speed limit  (read rules) in the black spot that is clearly marked, b) making sure that the vehicle he is driving is properly maintained and c) having someone enforce the requirement that he is properly trained to handle such a potentially dangerous vehicle.

But how can the trailer driver be made to observe those rules when he sees the convoy of a ‘big man’ speeding through the same black spot like a bat out of hell? How does your lowly trailer driver get to have it maintained properly when he knows that established public infrastructure facilities are not maintained? Or for that matter, for a little ‘kitu kidoogo’ he can foil the application of the law against him like the son of the village who attains clemency from a big office?

To really get on and benefit from the shiny new toys we are acquiring, we shall need a certain assertiveness to do things right; to have no tolerance for ambiguity. Because if the new Uganda Airlines flight to say to London is to be successful, a take off time of 17.59 hours means 17.59 hours and not anything else. That is how the new exciting World to which we aspire, actually works. It all starts in the mind.