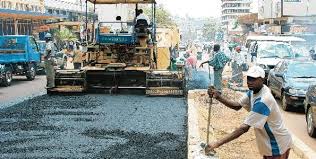 In the years I spent working with theoretical models, the only thing I really learnt about those models is that they were abstract and did not inform us much about the granular nature of everyday realities.  These models were good for getting you a doctorate or a promotion, but never captured the nuances of little people’s mundane existence. For instance, what does ‘less than a dollar a day’ mean as a poverty line for natives who have never seen dollars or the poverty line for that matter? Having achieved what was intended with those models, I am inclined to use them less and less in understanding day to day problems. I find that the stories in peoples’ lives speak better to the true nature of things.

The idea of people’s stories as better anecdotal evidence struck me strongly last week when the International Financial Institutions’ gurus wrote a piece in the papers noting that Uganda’s public debt was growing at a rising rate but was still sustainable and had not reached the ‘magic’ 50% of gross domestic product (GDP – the total value of goods and services produced by a country in a given period.). These gurus don’t live our reality in anyway. Their argument is therefore only half the story. The other half of that debt sustainability story may be found in this little vignette of the life we lived in Entebbe.

I recall with fond memories how quite an idyllic the place was. The kind you see in postcard photos. We had the freedom of the town  and roamed from end to end. We ate from all sorts of fruit trees. We helped ourselves to jack fruit, mangoes, guavas and other exotic fruits that grew along the roads, in the golf course and the botanical gardens. At the risk of the rod, we also swam in our Adam’s suits in the clear waters of the lake. In the evenings, we went grasshopper catching if it was the season. Even if our own African quarters were not palatial, we felt and lived like guys in the ‘Kizungu’ part of town. Most importantly, I was able to attend an incredibly nice school despite my father’s humble means. Lake Victoria School, it is hard to believe, was a public institution. We played cricket , had piano lessons and a library to inculcate a reading habit. By primary five, I had consumed the whole Ladybird™ compendium. In a word, the infrastructure in that school was one to die for.

Fast forward to the 2000’s and you find that Lake Victoria School is a shadow of its former self. The asbestos roof over the lower primary section fell in a while ago and the school gets along by begging mostly from well-wishers and its alumni. Multiply that across the country and you will I understand what I mean. In Kampala, equivalent schools like Nakasero and Kitante are a shadow of their former self. In Jinja there was Victoria Nile School. In Mbale there was Fairway Primary School. This pattern of decayed educational infrastructure is repeated across most towns in Uganda. These schools are just one example of an ecosystem gone to grass. Our lived reality as exemplified by the state of these schools speaks more to the debt trap than all those fancy debt models.

The point is that while we are trying to invest and create new infrastructure (which is a good thing and ought to be done), the question of the sustainability of these public investment projects is more critical than ever before. It serves no purpose to be continually investing in new roads, dams, transmission lines if we are not able to maintain what we invested in yesterday. Especially so, if we are using borrowed funds. Even in a polygamous culture like ours, we all do agree that it is bad manners to want a second wife if you can’t maintain the first one. If you don’t believe me, ask Pastor Bugingo!