A voodoo society: of snake oil salesmen and your ticket of hope 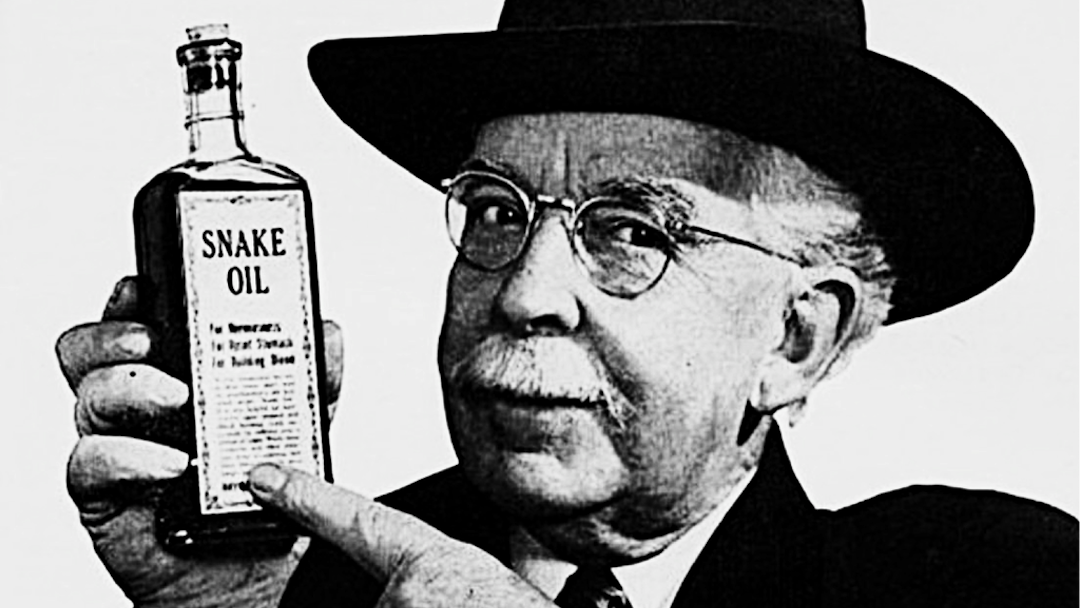 There is a saying among our people that ‘asiika obulamu, tasa mukono’. Literally, this translates more like ‘if you are struggling for your life, you can’t put your hand down’.  True to form, your average Joe and Jane have ceaselessly fight to hang on to dear life.. Their lives are ravaged by poverty, disease and ignorance. It is a grim and perilous task that invites all manner of risk taking.

But first to the snake oil fable. In the 1800s, according to folklore, thousands of Chinese workers arrived in the United States as indentured laborers to work on the Transcontinental Railroad. It is reported that about 180,000 Chinese immigrated to the United States between 1849 and 1882. The vast majority of these workers came from peasant families in southeastern China and were signed to contracts that ran up to five years for relatively low wages. These Chinese were however very innovative and had a civilization and culture of their own to fall back on, especially in the management and treatment of common ailments.

Thus, among the items the Chinese railroad workers brought with them to the States were various medicines — including snake oil which is made from the oil of the Chinese water snake, which is rich in the omega-3 acids that help reduce inflammation. Snake oil in its original form was reportedly effective, especially when used to treat arthritis and bursitis. The workers would rub the oil, used for centuries in China, on their joints after a long hard day at work. The story goes that the Chinese workers began sharing the oil with some American counterparts, who marveled at the effects.

The American’s being the motor mouthed salesmen they were, saw an opportunity to make money as word of the healing powers of Chinese snake oil grew. Soon they were making their own version of ‘snake oil’ from rattlesnakes because there were no Chinese water snakes in the American West. Of course this American version of snake oil was ineffective but was touted at all open markets and bazaars. This is reputedly the origin of the euphemism ‘snake oil salesman’.

Today the term snake oil is a euphemism for deceptive marketing. By further extension, the term ‘snake oil salesman’ is commonly used in English to describe a quack, huckster, or charlatan. It is also used in a de facto manner to describe the general nature of many modern professions including  politicians and some religious leaders who peddle false hopes.

Our own version of these snake oil salesmen and women include the politician who claims ‘our leaders are ordained by God’ (poor fellow), to the medicine (wo)man who dispenses tons of soil to cure aids, and the pastor who dispenses bleaching detergents as sin cleansers. This last category is in vogue lately. There is one who has holy rice and water. There is another whose shoes you can kiss and get healed. And yet there is another who claims to be a master of demons (abizaayo) and can bless you to have a child! The catch here is you must pay for these favours from these ‘men of God’. Your payment contributes to an incredibly lavish lifestyle that ‘Gad’ has ordained for these snake oil salesmen.

The common denominator here is a society leaving on hope. A society ravaged by laziness, poverty, irrationality and  belief in the super natural and occult world. A society that does not base its existence on scientific thought or process, but rather the ‘benevolence of an all knowing God. In short, a voodoo society in which problems are solved by appealing to ‘higher powers’. Unfortunately even where success is observed, it is attributed to prayer rather than thrift (or theft).

In the absence of an effective legal framework to regulate the business of lying, the snake oil salesman is the supreme prophet. Just beware your dalliance with hope, for a fool and his/her money are soon parted.