Maybe data is not the ‘new oil’, but even this revolution may bypass Africa! 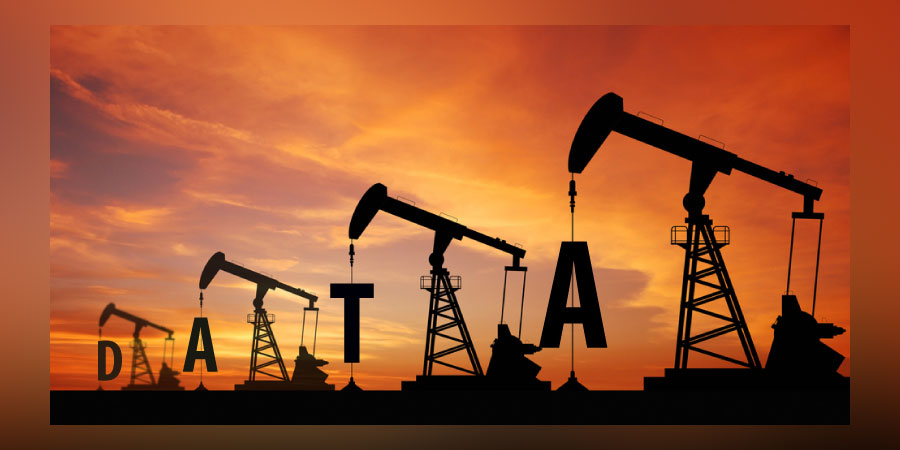 Time we got back to weightier matters. The news on the rialto is all about oil. First was the Russian discovery of over 1.5 billion barrels in the Kara Sea. Then there was the Guyana find of about 6 billion barrels. There are other smaller finds but most excitement has been over the proposed initial public offer (IPO) by ARAMCO (the Arabian Oil Company) for US $ 1,7 trillion. Then there was the discovery of over 50 billion barrels of oil in Iran which seems to have capped a good year for oil exploration.

Whereas there is a markedly fierce race to build efficient non-combustion engines, oil remains important for economic development and growth. It is still the most effective source for powering some factories and heavier forms of transport like trains and ships. Thus, we are not about to see the end of oil. Not just yet.

But there is a new revolution that we are probably not watching. That revolution is in (big) data and it is spawning a new and fast-growing industry. The titans of this new industry are companies like Alphabet (Google’s parent company), Amazon, Apple, Facebook and Microsoft. These firms are now the five most valuable listed firms in the world. Their value keeps on growing year by year and profits are surging.

The space that they occupy today was occupied by oil companies like Standard Oil yesterday. In taking over this space, they have given rise to the popular metaphor that ‘data is the new oil’. That’s because these companies have built an expansive ecommerce presence with efficient algorithms that analyze and interpret data to sell products and services worldwide. “Poorer” cousins like Uber, Airbnb, and every other fintech company you can think of is on in this act.

To understand the extent of what is going on, consider that today Amazon captures about half of all dollars spent online in America. Google and Facebook accounted for almost all the revenue growth in digital advertising in America last year. These companies have become so powerful that they have rendered traditional forms of business obsolete overnight. The ‘high street’ is a thing of the past as you can shop comfortably from the security of your sitting room.

Now they are coming to a place near you. They are collecting all our data and analyzing it better than our governments. Fact is they don’t make you pay, for their services, meaning that you are actually the product. Because most of us cannot live without Google’s search engine, Amazon’s one-day delivery or Facebook’s and Instagram’s newsfeed, we are hooked and are giving away our data with abandon.

It is probable that these companies that depend on data for their business now know more about us than our Governments! Not having data about ourselves is in the first place the thing that has kept Africa lagging behind. Walk into any public office in Africa and ask for a data set about anything and you will be met with the official line that the data is ‘confidential. The truth is there is hardly any meaningful data that African governments possess. This week I rang up a public official and asked him to provide me with data on an economic activity in Uganda. He threw me that tired line about this being official information. The fact is he didn’t know and I may have to resort to “Mr. Google Sir”.

Data may not be the new oil because it is difficult to turn into cash.  Unlike oil, which you can sell in whatever form you get it, data has to be ‘cleaned’, decoded to make meaning.  and be usable for business. But we can safely say that if you want to make meaningful plans and change your fortunes, you need data. Like was with the case of gun powder, data may well be the weapon for our next recolonization.