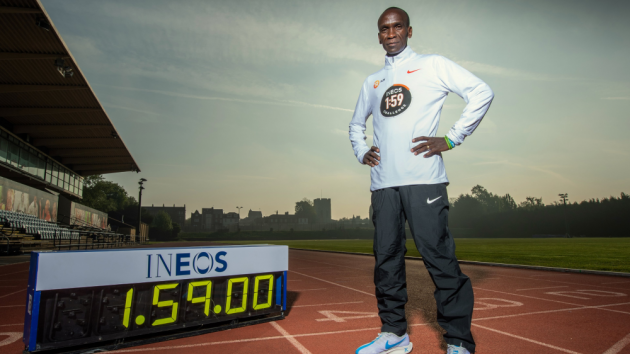 I don’t know where you were last Saturday morning, but I am sure by now you have heard about the INOES 1:59 challenge. On October 12, 2019, at exactly 9.15 our time, Eliud Kipchoge set off, with a team of world class athletes as pacemakers to break the two hour barrier for the 42.195 kilometer marathon. Given my  fascination for sports, I sat glued to the TV and spent the fastest two hours of my life literally running all the way with Mr. Kipchoge. At the end of it I could not help but wonder at what the man had just achieved. It has been equated to the moon landing or Roger Bannister’s 4 mile minute run in 1954. The choreography and organization left me astounded. I did however manage to pick five lessons for business management.

Have a goal in mind. Kipchoge knew what had to be done from the beginning. That was to run the distance in less than two hours. The INEOS 1:59 challenge was not the first time that the attempt at breaking the 2 hour barrier had been attempted. In 2017, Kipchoge and Nike got closer than anyone thought was possible when in the Nike Breaking2 attempt he achieved a time of 2:00:25. Even though he failed, he know it was doable. We too need to start with a goal in mind. Failure is what happens when we stop trying.

Have a plan. Many people have tried to rain on Kipchoge’s parade. They have claimed that it was a contrived plastic and chemical run. It was aided by technology, he was racing alone and blah blah. Rubbish. There was a well contrived plan and Kipchoge and his pacemakers stuck to it. Many of the naysayers, given the same facilities would never manage to do half the feat the man achieved. In whatever endeavor you are engaged, there are going to be sour pusses who bad moth your effort. Ignore them because they are not brave enough to do what you are attempting to do. Whatever the distractions, stick to your plan.

Deploy a knowledge base. Because success is not an easy thing, there is lots of knowledge out there that can help you towards success. In this challenge, disciplines as disparate as sports science, medicine, nutrition, meteorology, and management were all brought together to define the most ideal conditions and time in which the challenge could take place, right up to choosing the spot at which the event would occur. We too, in managing our business can draw on a large body of expert knowledge to better the competition. The devil is always in determining which knowledge is most useful under which circumstances. Indeed the irony of our times is the existence of so much ignorance when a lot of knowledge has been captured, analyzed and made publicly available.

Choose a world class team. Apart from a coach, physiotherapist, manager, nutritionist, physician and communications expert, Kipchoge had 41 pace makers. These pacemakers were world class athletes in their own right. They had trained with him and choreographed the event right done to a tee. They run in a V-shape with the captain of each team shielding Kipchoge from the wind (slipstream). You too need a world class team to outsmart the conditions.

You have to be a star performer yourself. Eliud Kipchoge is undoubtedly the greatest of all time. He has been winning since he appeared on the athletics scene 16 years ago. He is a 3 time world champion, world record holder for the marathon and also an Olympic champion. His zen-like approach and metronomic style simply make him the real deal. If he could not break the barrier, then nobody would. He was born for running and on that Saturday morning he averaged two minutes and fifty seconds per kilometer from start to finish. You like him, in order to succeed, must believe that no human is limited.