Let us imprison Messrs. Moral Hazard and Impunity and the economy will rebound. 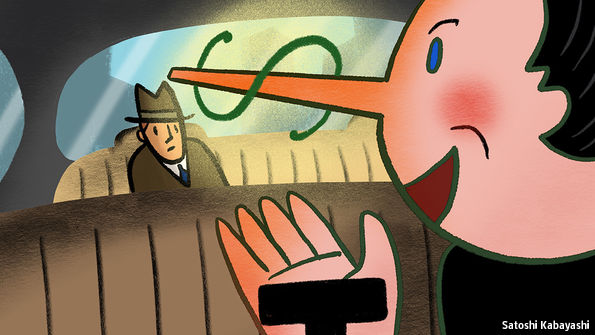 Those fellows at Harvard are at it again. I want to believe them because what they are saying is good news. Unfortunately most of us don’t read the big ‘IF ‘ in what they are saying. They think that Uganda will be one of the fastest growing economies by 2026, alongside India and a few others. They say we can grow at a rate of up to 7.9%. if all factors are held constant. And so I have been thinking about how we can hold these factors constant.

Sometimes history is the best teacher of how we can solve these little dilemmas. In the 1970’s, according to folklore, there was a man called ‘Sale’ (pronounced sa-leh). When the powers from ‘above’ of that time did some management by walking about (MBWA), they found that nearly all the shops were owned by this man ‘Sale’ and he had put up a ‘Sale’ sign in each of the display windows of his shops. So in a cabinet meeting they asked why this man ‘Sale’ owned all the shops in Kampala. It was resolved to expel him and according to folklore, that is how the Indians got expelled, so I am told.

After their expulsion, a new fellow started causing the government problems. His name was Mr. ‘Foreign Exchange’. Things were not getting done because Mr. Foreign Exchange was always AWOL. Again the powers from ‘above’ of that time convened and ordered for the arrest of the elusive ‘Mr. Foreign Exchange’. If anybody was found hiding him, they too would be shot in the Kalitunsi near e’Saawa ya Queen. Indeed a few fellows got shot from there, so I am told.

Fast forward to the 1986 liberation war and advent of the current dispensation. All the things that those government’s of yesteryear used to do were banished and the economy did rebound. At some points it grew by as much as 12% per annum. But that was until two ‘adui’ appeared on the scene. These two ‘bipingamizi’ have conspired to stop growth and I think is time the current powers from ‘above’ convened to have them arrested and probably shot from the Kalitunsi near e’Saawa ya Queen.

The first fellow is Mr. ‘Moral Hazard’. On account of how the government has grown in size, we find that many fellows whom you wouldn’t want minding your gate are now making decisions on your behalf. These fellows have acquired ‘Moral Hazard’ because they bear no risk for the decisions they make on your behalf. For example, they will propose that you cannot import cars older than eight years. But for them they will be in convoys consisting of brand new cars paid for by your tax shillings. They bear no risk for that decision.

The second fellow is Mr. ‘Impunity’. Mr ‘Impunity’ is all over the place, he even caused one Justice whom I happen to know to insult villagers by likening them to parliamentarians! The cheek! Mr ‘Impunity’ is busy wreaking havoc on the economy, to the extent that property rights have been seriously damaged in the country. It is not that Judge friend of mine’s problem really but if the courts don’t work, then property rights cannot be protected and Mr. ‘Impunity’ continues to run rough shod over commerce. Just the other day, a Yale fellow (can you imagine), asked for a Luo interpreter so that they could explain how they had acquired some long departed Indian’s property.

I think we need to arrest these two fellows if we want that Harvard prophesy to come true. Then we shall tie them up, ‘Kandooya’ style as we used to do in 1986 and march them to the Kalitunsi near e’Saawa ya Queen if it has not yet been allocated to an investor. We shall then shoot the bastards because in the words of Karl Marx, “…history repeats itself, the first time as tragedy and the second time as farce’.