How does economic growth happen? (Part 2) 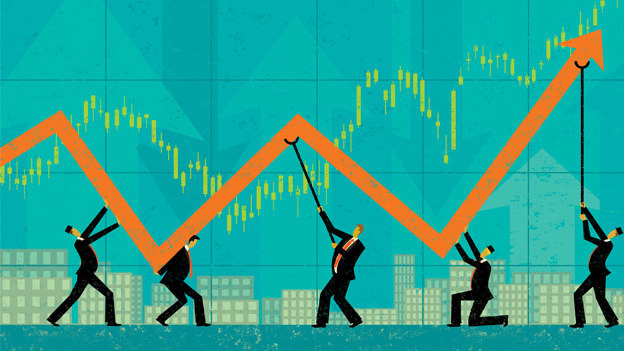 Our debate about how economic growth happens did take place, thanks to one Philip Karugaba. Several brilliant minds were assembled including the likes of Ramathan Ggoobi (Makerere University Business School) and Andrew Mwenda of the Independent. We all know that growth refers to increases in certain parameters. So the debate cannot be about what is economic growth. Rather it has to be about why some countries experience rapid economic growth and others do not. Put another way, one would ask why do some countries remain poor while others grow rich?

Our discussion was therefore based on the subject of the origins of power, prosperity and poverty. After an introduction on how knowledge is developed and what we should take to be verifiable truth, Ramathan Ggoobi took us on a journey through the arguments of why some countries have been able to prosper and others have failed.

There were four explanations that could explain prosperity or the lack of it. First is the geography hypothesis, which argues that a country is rich or poor depending on where it is located. But that has been shown not to explain the fortunes of countries like North and South Korea, which are very homogenous. Closer home you can think of Katanga vs Kololo, or Muyenga vs Bugolobi.

Second is the culture hypothesis. According to this explanation, some peoples developed much faster than others because of their ‘good’ ethics, which were a function of their belief in being frugal and hardworking. Some referred to this as the ‘protestant ethic’, but then again that doesn’t explain why people who are not protestants like in Japan and China have been able to rapidly change their economic growth trajectory.

Third was the ignorance hypothesis. According to this one, some countries (read regions) are poor because they are ignorant. For example Africans are relatively poorer because they could not read or write. This too is problematic considering that writing and the wheel actually originated in Africa. Alternatively, some advanced civilizations existed long before Europe industrialized. But if ignorance is a problem, then Africa has been importing ‘economic experts’ for sometime now but they cannot get it to grow like their countries of origin.

Mwenda does not believe this theory because it does not explain the key elements of an inclusive political system. He thinks this argument is very flawed because institutions are not a sufficient explanatory factor of nation state failure. For him, culture is a critical issue. In typical Mwenda fashion, he argues that Museveni has been successful in holding Uganda together for the last 32 years by making compromises. If Museveni had tried being harsh and strict with the corrupt, they would have thrown him out of power.

A very absurd argument Mwenda makes. But it underscores the point that Uganda looks like the political and economic institutions it has created, or those that exist in countries with similar economic fortunes. Two pragmatic participants called us to order. Amos Wekesa asked how this debate would help him increase the number of tourists coming into Uganda. Aga Sekalala did not understand how this would help him increase the consumption of chicken so that he could pay more taxes.

If you are still confused about how economic growth really happens so are we. It is not enough for economists to tell us that this structural reform or that tax change will bring about economic growth. But we did agree that to experience meaningful economic growth there must be a tradeoff between freedoms and productivity. Also, for countries to experience significant economic growth, they need not be democratic. However, having achieved growth, successful countries do not allow “strongmen” to flourish.