At least we have the highest number of VVIP’s per capita! 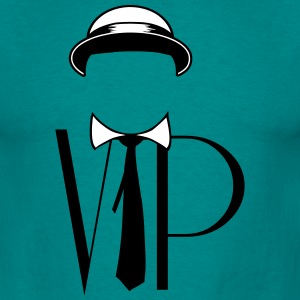 Mzei David Senoga died last week. He was a husband, father, grandfather, and friend to many of us. We interred him on Sunday 4th June 2017. We were all sad that he had left us so abruptly. At his funeral, eulogist after eulogist praised him for his humility and love for others. He always went out of his way to make all feel welcome. He was kind, patient and empathetic. As one of his son’s in law said, he lived without a fuss, and died without a fuss.

On the way back from burying this humble man, we were accosted by a very very important personage. With sirens blazing and soldiers riding gung ho, the VVIP’s convoy forced us off the road.  The irony was not lost on me, in view of the fact that the VVIP was a charge on public resources. Not only has the number of these chaps increased, they are now making life hell for most of us common folk.

These VVIPs generally fall into three categories. In the first category is your straight up crook. He makes no pretence about his good fortune. He drives the latest car, makes an appearance at each and every notable social function and throws money about like it is toilet paper. With gaudily coloured clothing and bling hanging around his neck, you can’t miss him. He is trying to get back at society for mistreating him. You will never figure out what he does for a living or how long his good fortune will last. At least he pays for the bodyguards from his loot and somehow boosts the economy.

In the second category is your super chairman/CEO, executive director, judge, general, businessman/woman or whatever title catches his/her fancy. This chap/technocrat, on account of managing some ‘sensitive’ institution believes somebody is after their life and they must have a convoy of escort cars and guards. They come at you as you sit in the traffic and you see their police/army guards (in uniforms bought from your tax shillings) wagging their pudgy fingers at you to move out of the way.

The third category is the politician who has ‘made’ it. There are so many, you no longer understand how the protocol thing works. Party apparatchiks, ministers, members of parliament and anybody who thinks he/she can prevail on the state to provide them with protection (in addition to the peace ushered in by the NRM). A few months ago the Uganda Police declared that all these convoys were illegal. But we all know the value of public declarations in the Pearl of Africa. Nara!

By the time you read this, many of these VVIP’s will have converged at the Serena Conference Centre to listen to the State of the Nation Address and the Budget Speech. They will have come in their siren blazing convoys, blissfully ignorant that our economy grew at only 4.5% p.a. as opposed to a population growth rate of 3.2%. That our debt to GDP ratio is at 34.4% and that unemployment stands at about 52.2%. They will be blissfully unaware that we have a negative balance of trade and that inflation was recorded at 7.2% in May 2017. They will have forgotten that in the villages some of them represent, the voters are starving. Such is the self-importance of those at the top of the food chain in societies that produce next to nothing!

But one thing these VVIPs ought to be proud of as they slumber at the Serena is that they have done very well at an individual level. They have put us near the top in terms of the number of VVIPs per capita. A remarkable achievement, you might say. They have achieved the kind of thing that always puzzled Mzei Senoga: how to be a VVIP. May this humble man rest in peace.