Africa’ rising? Not so fast… 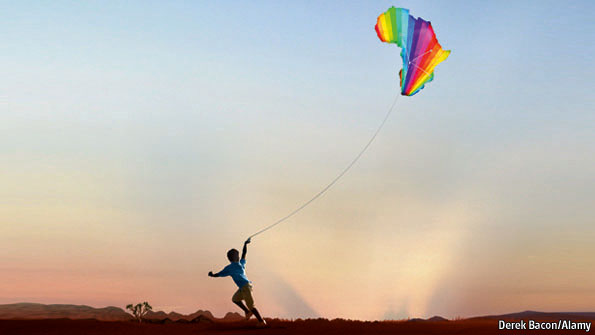 Yesterday we went back to school. It was at the CEO Summit 2017 and we were receiving the keynote address by Jennie Barugh, head of DFID Uganda. The theme was ‘accelerating inclusive growth: vision 2020’. Her topic was ‘beyond the budget analysis of trends and implications’.

We listened with rapt attention, as Africans are wont to do when being addressed by foreigners. The story was a mixed bag, some good, some not so good. On social welfare she noted that life expectancy in Uganda was up to 63 years from 55 in 2012. Literacy was also up at 72% of the population. But poverty had increased to 27% from 20% in the same period. Over time, poverty may have fallen but not consistently. More so, that poverty was more pronounced in some parts of the country, especially the north.

There were improvements in the economy but they were inconsistent and the risk of recidivism (decline) was real. As a result of drought and the severe effects of climate change, gross domestic product (GDP or the total value of goods and services produced in the economy in a given period) had taken a hit and was growing at a declining rate.

In terms of vision 2020 and our aspiration to achieve middle income (rising from US $ 750 per capita to US $ 1,039 per capita), we needed to grow at about 8%, and not the 4.6% or so that we had achieved in 2016. This was on account of an increasing population without an attendant fall in dependency.

So what was new? Ms. Barugh observed that the trends we were seeing in Uganda were being repeated over most of Sub Saharan Africa (SSA). There were four measures of note here. One was that child mortality had fallen from 15% to 5%. Second was that economic growth had stagnated at around 4% for the whole region while (three) literacy had increased to above 60%. The fourth measure was rather alarming, even though not presented explicitly. It was the fact that most of the regimes in SSA were some kind of autocracy, only differing in magnitude and latitude of repression.

And that’s when the lights went on for me. This is what I distilled from her address. For the avoidance of a diplomatic furor, I must emphasize that these were my own inferences. One was that as a result of advances in global health care standards and access, SSA had also benefitted from decreasing mortality and rising literacy. Fewer Africans were dying at a young age, while at the same time those who were living longer were more enlightened. That meant that there is an increasing pressure on resources and a more demanding population, which was enlightened. Two was that the tensions across the region were being exacerbated by the fact that SSA continued to produce literally nothing of note while demanding to enjoy the same level of living as the more productive geographies of the world (the middle class had the same purchasing power as that of Belgium). Three was that these tensions had encouraged the tendency to autocratic government and repression.

The cabals that controlled power were more pressured to keep it in the face of the demands of the rising masses for which they had no answers. Africa was becoming more volatile and this posed real risks to human advancement. Africa’s population would be about 350% of Europe’s by 2050 and at the same time most of those living in extreme poverty would be Africans if we did nothing.

We agreed that for SSA to overcome its current challenges, we needed to invest in a pragmatic education system that created people who were deployable rather than just literate. We also needed to increase productivity of the labour force by increasing efficiency in delivery of public investment. Only when there was enough to go around, would a democratic dispensation become meaningful and take root. Then Africa would rise.