When ‘good’ wo(men) are tongue tied 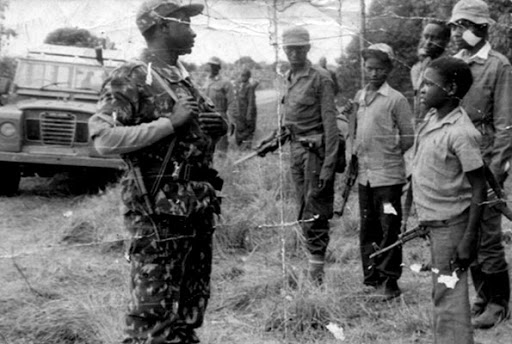 Michael Matovu (RIP) was one of my idols as a kid joining King’s College Budo. His mother Mary Matovu specifically asked him to take care of me, which he did unreservedly. Visiting Ghana house, which was reputed for ‘bullying’ Njuka’s as senior ones were called was a no no. But thanks to Michael, I could come and go as I wished under his patronage.

Then the war started, and we were sent home from school. Michael was now at Makerere University studying law. Our village of Najjanankumbi was a rebel hotspot and it was difficult to tell who among my village mates had not joined the rebellion or was not a rebel sympathiser. There were people on all sides of the divide. There was Sula, the UPC chairman who was shot dead in La Quinta Bar. Yes the bar in Elly Wamala’s ‘Twalayako byetwaalya’ hit. Then there was Steven, the Mwirian. He had also joined the rebels but was shot badly in the attack on Lubiri. He was a lucky guy, hiding out in his mother’s doghouse. Then there were the Buuza kids who terrorised the village in the company of one UFM rebel called Katongole. I think Katongole got shot too.

Najjanankumbi became a sort of ‘Beirut’ and the government/army set up the famous ‘panda gari’. The soldiers were mean guys. They were dark skinned, almost ‘purple’ you could say. They came very early most mornings and started rounding us up. My old man woke me up in the wee hours of the morning to hide. He was staying put. I run to Michael’s home whence his mother hid us under the bed. We must have dozed off, because it was at about 11.00 am when I felt the cold muzzle of the AK47 in my ribs and heard Michael’s mother shouting and pleading to the soldiers not to kill her children.

We were forcefully ejected from under the bed and frog marched to the Stella Bar collection point on Entebbe road. There was an army truck which we boarded and it soon took off for Kibuli where allegedly they had rebel ‘computers’ who would identify the rebels amongst us. As we boarded the lorry, there was a soldier who was smoking. I saw him eying Michael and in the blink of an eye he had extinguished his cigarette on Michael’s handsome face. Michael winced in pain. I must have peed in my pants. Michael never really recovered from that humiliating incident. He took to alcohol and lost his self-esteem. I could see he was a broken lawyer.

And that’s how the animosity started. They imprisoned our people, maimed them and killed many. They were the government. Still, there were a few good men who spoke up like the Cardinal. These too were sometimes rounded up and we never heard about them. The soldiers (and rebels) raided homes, killed our parents and stole whatever they could take. The good men and women were now very afraid to speak up. All of these activities were in the name of propping up the Obote ll regime.

Inevitably, the regime fell and we got a new set of liberators. By this time I was finishing Campus and joined the government soon thereafter. We had been liberated, or so we thought. Thirty five odd years later, we see the men who ‘liberated’ us, abusing, maiming and shooting the children of the kids they liberated. And again the ‘good’ men have gone silent. We see and know who is behind the election violence. But none of us seems bold enough to speak up. It is complicated because some of those maiming and killing are our relatives. When violence starts, truth is the first victim. I do remember the the late Paulo Muwanga’s word – ‘ensi egulwa mirambo’. That was before the human rights commission, when he was trying to explain the loss of sanity in our society.

But it is not too late. It is time, if there are some good men and women still standing, to say enough is enough. There is no need for this violence. This is our country and we can all live here! Stand up and be counted.