What I learnt for the National School Champions Competition 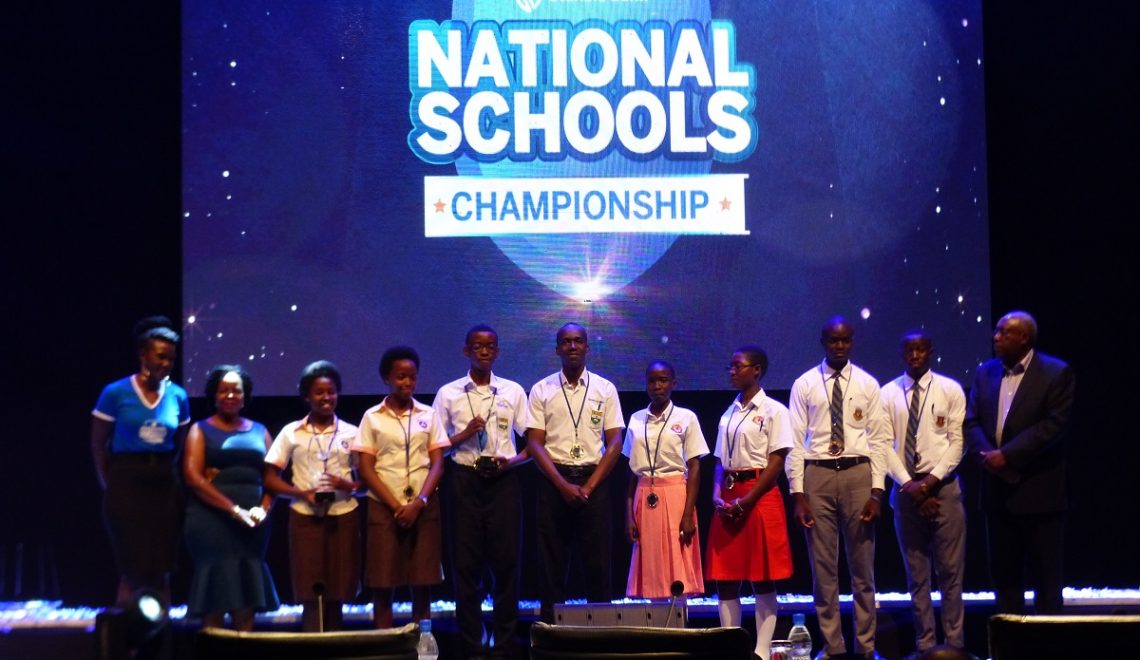 Last Saturday I was invited by Stanbic Bank to attend the final of the National Schools Champion Competition (sic). Being inquisitive and also generally not being one to have much interaction with the youth, I jumped at the opportunity. I had a number of questions on my mind. First, how were the youth of today thinking about contemporary issues? Second, are these young people getting an education that can help them hold their own in the 21st century?

The competition had been running for a while and it seems it had become popular amongst the students. The format was such that four schools from the different regions of Uganda got a chance to compete in the final. The schools that made it to the finals were Kibuli Senior Secondary School (Central), Sacred Heart Gulu (Northern), Teso College Aloet (Eastern) and Mary Hill High School (Southern).

The competition involved starting and running a ‘bank’ to encourage savings and making profits. The kids did not disappoint. They had invented all kinds of business schemes ranging from lending to starting ‘projects’ that would enhance their income. One of the schools had started a tree-planting project. Another school had started a business to sell a condiment known as “appetizer” to help improve the food that was being served in their dining hall.

The moderator was also up to the task, challenging the kids to tell us about their ambitions and interests. This helped me learn and understand a few things about the kids and us their ‘role models’.  When the kids were asked about what they wanted to become after school, they gave the same answers we gave forty odd years ago. They wanted to become doctors, engineers, lawyers and accountants. Without exception, the kids were filled with idealism and all hoped for a better future.

This is what I learnt after listening and observing that evening. First, our kids will always be a reflection of us their parents and the teachers they get to live with mostly. Even as they praised those teachers for helping them with the projects, none wanted to be a teacher. That led me to wonder as to how well we were looking after the teachers who were in charge of our ‘tomorrow’. Indeed the students aptitude and posture was an extension of how their teachers were managing them. The better-managed students were confident and extrovert in nature but I could not help noticing a number who were timid and apprehensive.

Second thing I learnt is that our children too, are corruptible and we must be careful what we expose them to. Are we being good role models, going by what we have on offer in our national dialogue and through our actions? They are learning fast, and if they do cut corners tomorrow, blame us rather than them.

Thirdly, if we expose our children to opportunities and practical knowledge, they can stand up to the rest of the world. The Stanbic competition was such an opportunity outside the classroom. Excepting numeracy and literacy, our kids may not be learning much that is useful in tomorrow’s world and this was a rare opportunity.

Fourth and perhaps more important, our kids are not aware of the ways in which the world is changing. These students were also blissfully unaware that some of the jobs they aspired to may probably be extinct tomorrow. Despite the fact that they were starting a ‘business’, none wanted to be a businessman or woman! Many of their dreams may never be achievable in tomorrow’s world of Artificial Intelligence.

The competition was intense and interesting. When the judges came in with the results, Mary Hill had carried the day. We all agreed that we had a panel that did not rig the outcome. Maybe there is a brighter tomorrow after all.