We have reformed everything. What else can we reform? (Part II) 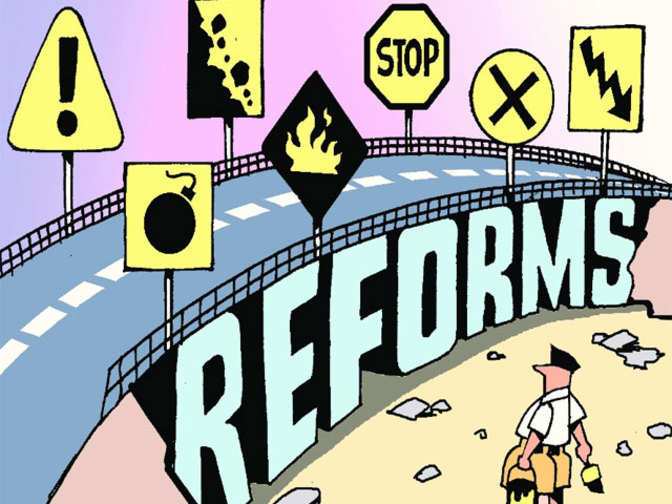 My thesis for last week’s column was that despite our best efforts to follow the “Washington Consensus”, the reforms we had undertaken had not yielded the most optimal outcomes for our economy. In the language of economists, we had hoped for a pareto improvement in the physical and social conditions of many people. (A pareto improvement is a condition on the way to pareto efficiency whereby goods can be re-allocated to make at least one person better off without making any other individual worse off.)

By arguing that ‘government had no business doing business’, we had (relatively speaking) made many individuals worse off through the social costs of adjustment. More pointedly, we had chosen (or been forced to choose) the idealism of democracy. The irony is that democracy had created more choice (and costs) with sub-optimal outcomes. We are progressively making poorer and poorer choices vis a vis the allocation of resources and our short term development objectives because of political expediency. By choosing the ‘one man one vote’ dictum, as a deprived society, we were being unwittingly forced not to see the forest for the trees.

Some commentators agreed with me but also noted that I had  ducked into a cynical hole. There were too many moving parts in the perennial development problem to simply attribute the lack of impact of the reforms to the introduction of a western type democratic  dispensation. But specifically, our political conundrum had been exacerbated by a form of mobocracy in which uninformed crowds, incited by rent seeking politicians to behave irresponsibly, were accepting trinkets to vote them into  powerful elective offices without due regard to the collective interest. One of the readers put it even better and I have taken the liberty to quote his explanation of how things turn out in these matters. Read on.

When the Bolivian military captured Ernesto Che Guevara after tip off by a shepherd, they asked the shepherd : “Why betray a man who sacrificed himself for your freedom and well-being?” The shepherd replied: “I denounced him because the crackling of arms scares my animals in pasture”.

When Mohamed Karim, the Egyptian who undertook to resist the assault of Alexandria by Napoleon, was arrested and sentenced to death, Napoleon said to him: “I have trouble executing a man who has valiantly defended his country. I do not wish history to retain the image of a person who stifles the impetus of the patriots that defend the integrity of their homeland, so, I promise you freedom if you pay ten thousand gold coins as financial compensation to my soldiers that the resistance killed”. Mohamed Karim is said to have replied:” I do not have the full amount requested on me, but I am indebted more than 100 thousand pieces of gold by the merchants of Alexandria, they will pay this fine for sure so that my life is saved! ” Chained, Mohamed Karim was  led through a tour of the market in search of the sum on which his freedom would depend. But, to his great surprise, no merchant was on his fate. On the contrary, they accused him of being a troublemaker, destroyer of property, and undermining the economic vitality of the port city of Alexandria. Napoleon declared: “I will concede that the sentence of capital punishment be executed not because you killed my soldiers, but for having fought for cowardly people, who care more about their business than about their integrity! ”

Mohamed Rachid Rida, the Syrian Arab reformator (sic) said: “To revolt on behalf of an ignorant people, is like to set yourself on fire in order to light the way for a blind man!” History is replete with these examples. But, perhaps the most poignant and ironical is the story of Jesus Barabbas and Jesus Christ.  Had they chosen the latter, perhaps things would not have turned out as they are! Strange world we live in.