The ‘ingredient’ The Minister of Finance cannot put in his budget 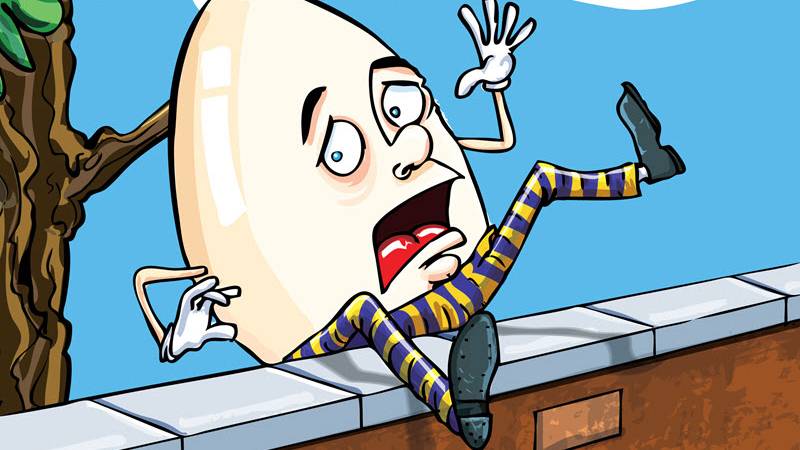 I don’t know if you have heard the story of Humpty Dumpty. Certainly, if you had the grace to attend kindergarten, then you would have come across him or at least, references to his very ‘bad’ luck. If you didn’t, let me quickly retell that famous nursery school rhyme.

Humpty Dumpty sat on a wall,

Humpty Dumpty had a great fall.

What does Humpty Dumpty have to do with the Hon. Minister of Finance’s budget speech? Simple. Whatever the Hon. Minister says boils down to believability. Ugandans have been listening to budgets for a long time and along the way the wise ones stopped believing in the budget speech. There were times when businesses closed because the budget speech was so important, everybody had to listen in and appreciate what government was doing for our betterment. I recall the times when the budget even caused traders to cease stocking or selling goods, awaiting guidance on taxes and incentives.

Unfortunately, those times are long past. Humpty Dumpty (here representing the budget’s credibility) can’t be put back again after the great fall. I don’t know exactly when that fall happened, but I just do know it did happen. Something seems to have gone horribly wrong. Between the economic downturn and the last election, there seems to have been a parting of ways (belief) between the public and private sector.

As the local and world economies fell into depression, Bank of Uganda believed that turning the screws in was the answer to our woes. The medicine may have been ok, but it amounted to throwing the baby out with the bath water. Private businesses have paid the price for almost everything while government sits by glumly. Rising government expenditure, falling foreign direct investment, a rising import bill, reduced remittances from abroad, higher debt repayments, name it, the private sector has had to finance the excesses or will have to pay at one point. As BOU sings the ‘inflation targeting’ chorus, one of those stanzas has broken the private sector’s back.

Several economic causalities later, the World Bank, the Hon. Minister of Finance and Bank of Uganda are arguing about the ‘resilience’ of the economy! My latest pet theory (I have many pet theories depending on the time of the year) is that any person who is chauffeured to work in a government provided vehicle will tell you the economy is doing fine! If you know one, just ask him how much a litre of petrol cost in 2015 and what it costs now, despite the fact that crude oil prices dipped! Don’t blame them. It is their job to reassure you.

The private sector has been perspiring under putative interest rates and constrained consumption. For a small economy like ours, the problem has become systemic, even when you factor in mismanagement. Crane and Imperial Banks, Uchumi, Nakumatt, Spencon and Steel Rolling Mills have all but rolled over. As the economy shrinks, multinational companies have chosen to exit. Orange, Warid, AIG and a host of others have quietly closed shop. That points to a lack of belief in the future that we who have nowhere to go hold dear and believe in.

And that unfortunately is the ingredient the Hon. Minister of Finance cannot add to his budget. One small lie after another, and we seem to have run up a cul-de-sac. Where is the government’s assurance that it feels the pain of the private sector and is working to restore growth?

If you believe the claims the Hon. Minster made in his speech, and they don’t come to pass, don’t blame him. He was just doing the annual ritual. Seven-score men, cannot put Humpty Dumpty together again.