The Grand Scheme of Things 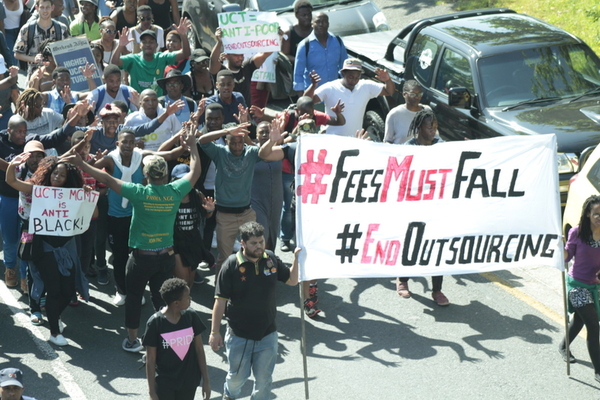 Now that you have a broad sense of ‘bodanomics’ we can get back to examining the novelty and absurdity of (economic) ideas that inform public policy. Last week we travelled down South to the beautiful land of the Xhosa. Grahamstown, in the Eastern Cape to be exact.

Grahamstown is a beautiful quaint old town. It is the town of Rhodes University, founded in 1904. Here, like in other major urban areas of South Africa, there is ongoing student unrest. ‘Fees must fall’, it is called. Some students are still going to class but others are trying to stop them, burning up property and trying to disrupt the old order as it were.

When we asked what this unrest was about, we were told that there was a move to review tuition fees in Universities, and this must have agitated the students. ‘Were the fees increased?’ I prod further. ‘No they were not but the students were always looking for an excuse to start a fight. Each University has been allowed to review the fees with a cap of 8%, in 2017, but that has not been implemented.” It is not difficult to see why, this student unrest masks something more complicated.

The paradox lies in what I will call the grand scheme of things, and the economic order that scheme has created. First there was apartheid – years of segregation and dominance created an underclass of natives, bereft of hope and respect for an unfair system. Then there was the ‘liberation’ – full of promise and ‘ant wings’ for the black majority. They tasted freedom and the good things in life, but these seemed to come in dollops. And now there is anger.

In the grand scheme of things, the only thing that works for the underclasses is numbers. Left to their own devices, they reproduce and soon outnumber the upper classes. Everywhere you look, the ‘townships’ (slums) are teeming with unfulfilled dreams. The old settled towns like Grahamstown are not growing at a rate that would satisfactorily take in the new comers. There is frustration and a feeling of betrayal.

37.5% of South Africa’s youth are unemployed, but current political energies are focused on lynching Pravin Gordhan, the finance minster. In this sense then, the ‘fees must fall’ movement serves as a rear guard action of the inevitable revolution that must come. But that is South Africa – Africa’s largest and most resilient economy (sorry Nigeria) where they make machines that make machines that make consumer goods. They will probably find a way.

North of the Limpompo the picture is bleaker. The promises of independence seem not to be materializing as fast as they should. With better primary healthcare, increased access to education, and the advent of the smart phone, the underclasses are expanding. Unemployment is not even meaningfully measurable anymore.

Yesterday’s cities have been swamped and are barely recognizable. The slums have out grown the planned towns or the latter have barely changed. It is difficult to see where the town stops and the slum starts.

With this uneasy proximity, the underclasses know what the ‘good folk’ are up to and they want a share. The fabled population dividend seems not to be materializing. From Dakar to Dar es Salaam and from Benghazi to Beira, you may feel the undercurrents. In these places, they still don’t know how to make machines that make consumer goods.

In other words, Sub Saharan Africa has largely still not figured out how to create real economies that produce jobs and consumers. And in the grand scheme of things, the proverbial barbarians are knocking at the gate. Their weapon of choice, the numbers they have amassed. How long will it take, before they get into the sitting room? It would be fatal not to listen to their knocks.