The boda boda menace as symbol of our national ethos 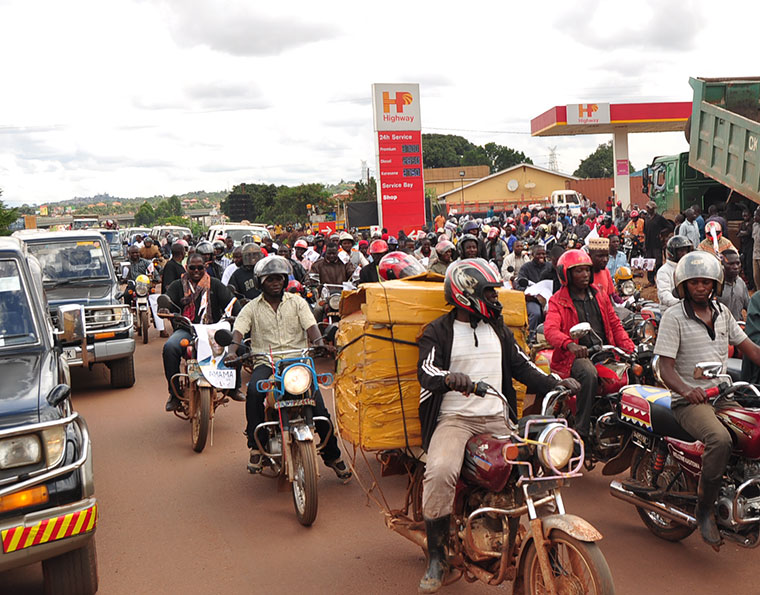 As this column was being born (See the Daily Monitor of October 2016, Bodanomics – How This Column Got Its Groove), the editor asked me to give it a name. This is what I wrote back then to explain how it came to be called “Bodanomics”. “… while travelling from Entebbe to Kampala, we came up against traffic at the Queen’s tower junction. The use of traffic lights had long been abandoned, and even though they still gave off regular stop-go signals, the police were using their judgment to manage the traffic flow. Every now and then, a boda boda rider whizzed through, dodging the oncoming traffic, and hoping they would not be sent to heaven. To be fair, many riders stopped to heed the instructions of the police. The mass and number of riders was alarming and instructive. The cacophony was equally incredible as riders revved their bikes, human and other cargo straddled on the back seats. I was struck, at how significant the boda boda … had become in our economy. Was it a sign of the industrial grade jobs that were failing to materialize? … It dawned on me that we had become a boda boda economy. Thinking through this episode, I decided to name this column ‘bodanomics’, to symbolize the pyrrhic changes taking place in the structure of our economy. Economies evolve from being agrarian to industrialization. From industrialization, economies become sophisticated service based engines. But we seemed to be bypassing the industrialization phase and becoming a crudely service based economy.”

This week we read two gory stories in the press of acts perpetuated by boda boda riders as they have burgeoned in numbers and become a law unto themselves. The first one was the murder of one Aziz Bashir, 40, a former driver with the United Nations. Following an accident involving a boda boda rider, he got into an altercation with a mob of riders. He was pulled out of his car and lynched. His vehicle was vandalized and several parts stolen from it as well. The recordings by passersby show an intense scene with angry thuggish fellows attacking the eventual victims car. Whatever their side of the story, two wrongs never make a right. The mob violence that followed should have all us worried.

In the other incident, the media reported the police recovering a body from a septic tank in Kansanga. The victim is alleged to have made amorous advances to the daughter of a boda boda rider, who on learning about this incident, mobilized other fellows of his ilk to attack the victim in his lodgings. It is alleged that a fight ensued and the accused was killed in the process. The effrontery of these guys did not stop there. They also reported a case of ‘indecent assault of the daughter to the police, having executed this heinous crime!

The state of chaos on our roads has reached an unacceptable level. Illegal convoys of politically connected ‘big men and women, Justices, small time government officials, ambulances carrying charcoal and matooke, and private vehicles with sirens all connive to break the law and create a cacophony of noise . It has gotten to a point where we mere mortals believe that to behave like these groups do, you need to replace that thing between your ears with some of Kampala’s free flowing sewerage. Under the circumstances then, it is difficult to blame the boda boda riders (read ‘voters’) of being complicit in this madness.

Over the last two months I have been to Dar and Nairobi. I did not see this kind of stupidity. The fact that we have accepted it and the attendant menace of the boda boda rider may be a reflection of something deeper. Maybe this is our new ethos. These boda boda riders are simply a reflection of the era we live in and our attitudes and aspirations. It is our new normal, I guess.