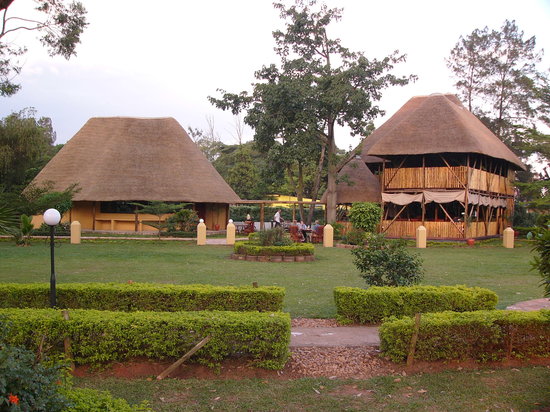 Many years ago, my old man (RIP) berated me for what he termed ‘the greed of our generation’. ‘Samwiri I must tell you this,’ he would begin. ‘Your generation does not seem to understand the importance of communally owned resources. I see you guys are ‘cutting’ up and sharing public land for selfish interests, but if we had done the same, would you have any common heritage?’

Thirty years on and I can only marvel at his farsightedness. As a young man living in and around Kampala, it was always easy to conjure up recreation without financial resources. We would invite friends and converge in one of those public spaces for a game of soccer. Today, outside of the discos and bars, I don’t know how our young people can have a healthy lifestyle.

The public spaces I frequented as a youth that are no more or are in danger of some ‘official’ reallocation include Buganda Road football ground, Centenary Park, Clock Tower cricket grounds, Nakasero Primary School grounds, Nsambya football ground, the Lugogo greenbelt, the Kamwokya Childrens Park (now occupied by a petrol station), and Wandegeya valley. Others include the football pitch at Naguru, near the Inspector of Vehicles premises. This last one in particular should put as to shame as it one of those grounds that gave rise to the Obua’s and Omondi’s’ of CAF 1978 fame! It has been allocated to some company called “Future Options’. The irony is not lost!

Many other common property resources have been desecrated. Nakivubo War Memorial Stadium, parts of Lugogo Indoor Stadium and the Museum grounds are cases in point. Its just like a bunch of barbarians have been let loose on the City! Surprisingly the people undertaking the mutilation of our once beautiful and restful city are some of the most travelled Ugandans!

The reallocation of public spaces or green belts has been ‘exported’ from Kampala to upcountry towns. When young Dorcus run like her life depended on it, she was awarded with ‘a bit’ of the Arua Golf club land. Administrators in Soroti and Mbale towns noted this and planned to award their own public spaces to ‘deserving beneficiaries’. Fortunately this was thwarted.

Not so lucky is Masaka. The Municipal Council, in their wisdom, felt they did not need a green belt and ‘allocated’ part of the land to a ‘developer’. That ‘developer’, who happened to be one of their staff, conveniently sold his rights to Bank of Uganda, who think that the best use of the green belt is a currency centre. The argument is that since golf hasn’t been played for 40 years in Masaka, we may as well do away with the green belt!

How did Masaka Municipal Council ‘give’ away what it did not own in the first place? An interesting legal fight awaits all concerned, and lawyers must be gleeing at the prospect of BOU’s deep pockets. Other district administrations like Wakiso have been at it too. ‘Reallocating’ common property resources that never belonged to them in the first place. How far will this go?

When you do away with greenbelts, it becomes very difficult to manage urban areas. These spaces are necessary for recreation, improved air circulation and absorption of carbon. That is why my sister at KCCA, despite her best efforts, cannot make any realistic improvements on Kampala. There are just too many people in a restricted space. Her efforts are akin to putting lipstick on a pig – despite the lipstick it still remains a pig!

We must stop being lazy. The government has the resources and means to acquire and rezone areas that were not originally part of the urban areas. That acquisition must of course involve appropriate market compensation for the owners. These newly acquired spaces can then be planned properly and developed. Doling out greenbelts, because it is easy just wont do!