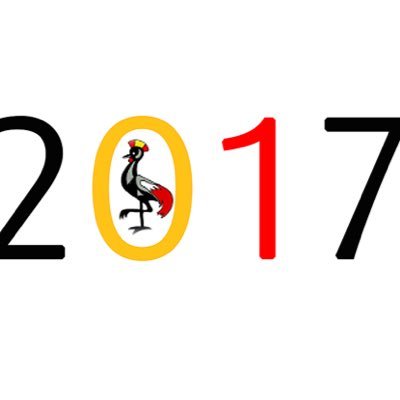 The truth in most situations lies somewhere in between. What actually happens is that those who try to foretell the future have contextualized the issues more than most. I too have no hindrances in having a go because I have a context. Here are some predictions based on data to which I am privy. I can’t beat a certain Pastor from Rubaga on determining who is due for burial, but I can try.

Donald Trump will bring the world closer to a nuclear war, based on his limited capacity. As President of the most powerful nation, he is not capable of distinguishing rhetoric from responsible action but may get impeached along the way as his business interests embrace capitalist America. He will spend a lot of time making things ‘great’ again. He will get the Mexicans to give ‘a lot of money’ to put up a wall. He will ‘solve’ the problem of ‘I–raq’ and ‘I-ran’ and get his Arab and Russian friends to put up ‘lots’ of money to rebuild Syria.

Trump will do ‘terrific things’, including getting Europe to close the bull caravans as it tries to keep out the surge of African and Arab immigrants and terrorism. On a worldwide scale, violence against the state and ordinary people will increase as a result of perceived social-economic failures.  In Africa, the close knit of circle of dictators will grow smaller as Yaya Jammeh gets thrown out of his ‘small country’. But life won’t necessarily better for Africans, because of continued failed leadership. The upside will be a stronger ECOWAS and (by default) African Union.

Whereas 2016 was a year of hardship for most of the world, Japan did do a lot of recovery. The Chinese will get into a trade war with Trump and win it. If they fail the world economy will come down with them. The latter is so remote, I am comfortable believing the former. The trick about surviving in 2017 is watching Trump do battle with all and sundry. He will lose not because of sentiment, but because of the way the world actually works.

Closer home, Uganda’s economy will continue recovering but at a slow pace. The rate of growth of 5.6% that has been touted is not good enough to provide for the more than a million babies we deliver every year. So while we continue to make progress, it is inadequate. We will face increasingly adverse terms of trade and by July 2017, the shilling will probably trade at over Ugx 4,000 – 4,200 to the dollar. No rocket science here. Spend as much as you earn from exports, or pay the price of profligacy. The middle-income tape is still as far away in 2020 so don’t ask me if we will cross the line.

What will we the natives do? We will continue to be excluded from the formal economy and resort to selling our ancestral land. I have written about this problem in a round about way but there is ample evidence that the Indians and Chinese will own larger and larger chunks of the freehold economy. It is common sense because Africa does not control the relationship between what it produces and consumes.  Africa will continually do worse than it is doing because of a) technology and b) poor leadership. You can’t just throw off the shackles of bad leadership. They feed off you.

On the side of technology, we will continue to see more disruptions as space becomes irrelevant. The Internet of Things (IoT) will become more real, making the well off better off.

Because we defer to the West on things moralistic, we will lose another generation of young people to foolishness, as everything becomes lovable. However 2017 turns out, enjoy the New Year and stay alive…