Pensions: a black hole in our economy 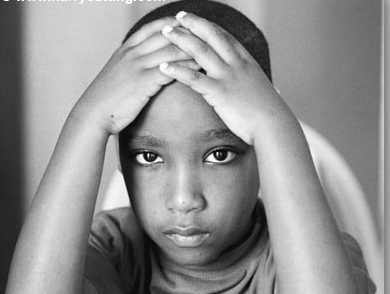 Since the track was being laid on a concrete surface, I felt that with the huge number of runners, the track would disintegrate if it rained before or during the races! I was worrying because I have this weather app and it showed a high likelihood of precipitation. I was worrying, because our work methods can be sloppy. I need not have worried. The track held and it didn’t rain until Monday, the day after. Congratulations to the organizers and Uganda’s golden boy Jacob Kiplimo.

Let just break it down a bit. First and foremost, the way the sector is structured is faulty. Out of a labour force of approximately 15.6 million people, only about 11% have social security cover. Those covered are employed in the formal sector. There are about 400,000 plus government employees in the armed and civil services who are entitled to a pension but are not contributing anything! Pensions to civil servants are paid from general tax revenues. The cost of providing pensions will continue growing because the numbers of pensioners is increasing and these unfunded pension payments are fiscally unsustainable.

Second problem is the debate has been reduced to the NSSF. The NSSF is merely one of the retirement benefits schemes in the country, which was put in place by an Act of Parliament. Liberalizing the sector does not mean closure of NSSF. Rather, it implies that the NSSF shall also become regulated by the Uganda Retirement Benefits Regulatory Authority and cease to be a monopoly. A better question would be how to reform the NSSF so that it becomes a for defined contributory scheme for all those government employees who are ogling our tax egg as their retirement scheme.

Third issue in the debate is the conflict of interest problem. Because the NSSF is better managed now, it does not mean that it cannot be abused again in the future. Those arguing against liberalization are mainly driven by self-interest rather than putting in place a better managed pension system for all Ugandans. These are our friends in the National Organization of Trade Unions and other rent seeking public officials. Bizarrely, NOTU and all its members do not contribute more than 7% of the savings in the NSSF. So why are they crying louder than the bereaved? It is because they need to remain relevant in an archaic and unsustainable system.

Did I say I worry a lot? Not really, because this pension problem can be solved just like we did with the IAAF event. We do not need to do away with the NSSF. We can improve its governance by making it a regulated contributory scheme to which all public servants contribute mandatorily. In this way we also address the issue of the growing implicit pension debt created by workers who will be entitled to a pension but are not contributing. We could also enhance coverage by providing for a framework through which the informal sector can be covered on a voluntary basis. There is a better way of closing the pension hole. If all else fails, we can again converge at the Independence grounds and pray about it.