Of Super Coaches and Magic Teams 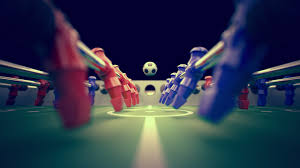 It the season of the ‘beautiful game’. There is football here and there is footie there. It’s gotten so crazy even the Chinese have joined in. There are some who don’t have the itch for this game however. They would never understand what Bill Shankly meant when he said, “Some people believe football is a matter of life and death, I am very disappointed with that attitude. I can assure you it is much, much more important than that”.

Spare a moment and let me tell you how the ‘beautiful game teaches us about attitude and success. Start with a team like Manchester City in the English Premier League. The owners are loaded so money is not a problem. They got a super coach and they got star players. But last week they just got drubbed 4 – 0 by the kids of Everton. Who the heck is Everton you might ask?

They got beat because their coach doesn’t seem to respect the players. He came in like Spanish bullfighter and tried to discipline the alpha males amongst the team. He benched Yaya Toure, Joe Hart and Sergio Aguero. The team is in disarray because the juniors have seen the stars cut to size. They suddenly can’t run as fast as they did, can’t put in that extra tackle and have to work hard to win ordinary games. They don’t have ‘it’ for now.

If you don’t believe me, try Chelsea under the ‘Special One’. His name is Jose Mourinho and he is very average these days. He tore his team apart after winning everything. Again he got into a fight with an alpha male star called John Terry who also happened to be the Captain. Suddenly, they became very ordinary as the players lost the will to fight for him. They sided with the Captain, and before you could say ‘Abramovich’, he was history.

You still don’t believe the mojo of super coaches and magic teams? Try my beloved Liverpool. They got themselves Jurgen Klopp, aka, the ‘Normal One’. He cajoles the players, praises them and has introduced a type of football called ‘gegenpressing’. If Liverpool lose the ball, they will come at you harder. Statistics show that yesterday’s ordinary team are now the marathon men of the English Premier League. They have out run every team and suddenly look fired up.

Back home, we have all been glued to the TV (if you had access) routing for the Cranes. ‘Tulumba na mutima’ we say, literally meaning that we will play with our hearts on our sleeves. Indeed, Coach Micho has taken an under resourced team and worked a miracle. He has got us to where we haven’t been in 39 years. For that, I award him the ‘Freedom of Jjokolera’ Medal. We shall name him Semakula and induct him in the Lugave clan.

What can we learn from the how the game of football? First we can learn, that however good the coach (read leader), the team can’t win if he spends his time blaming everybody but himself. Second, if you have a team, you don’t want to have any bad players on that team because the opponents attack you through the weak points. So if you run an organization and some departments are weak, that is were your losses come from. Third, you don’t grade your players into bad and good ones. You try to work on their strengths and position them to take advantage of their strengths on the field. Fourth is that teams, like any other organization have charismatic ‘influencers’ and a spirit. If you ridicule the ‘influencers’ you dampen the winning spirit. However good you are as a coach (leader), you can’t succeed if you don’t carry the team. And there you have it. Pass me the coffee as I watch the Kop run riot!