Of @michocoach and the economics of trust 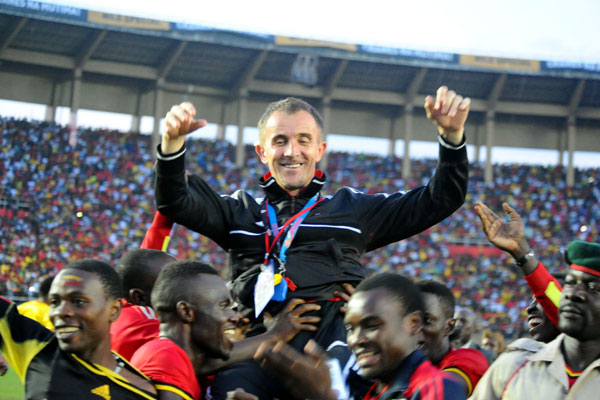 Mr. Milutin “Micho” Sredojevic just packed and left in disgust. In case you have forgotten what he was doing, I will tell you. Mr Sredojovic was the coach (also called manager) of the national football team, the Uganda Cranes. I too do not know him personally but his fame grew when after a 39-year absence, he managed to help the national football team qualify for the Africa Cup of Nations (AFCON). After we qualified, I too started following him on twitter where he goes by the handle ‘@michocoach’.

On Monday this week, he tweeted that he was flying out to sign up for another job. Reason? Unpaid salary by his employer, the Federation of Uganda Football Association (FUFA).  Coach ‘Micho’ had complained for so long about not being paid on time, it was no longer news. It was always just a question of when he would leave. But now that he has decided to leave, there is a sense of emptiness and shame that I feel as a Ugandan. I don’t know if you feel it too but let me tell you what I think it means.

First, without exception, I think football is one of the things that unites all Ugandans. If you have been to Namboole for a big game, then you have heard the roar that the fans make when Uganda scores! If you have been to Namboole, then you have seen that in those few hours, the country really comes together, and without exception we stand behind the Cranes. That means ‘Micho’ was an important resource to us.

Second, one expects that those who run FUFA are above reproach, or should be above reproach. That means that they like the stockbroker of old subscribe to the mantra ‘my word is my bond’. FUFA represents us in matters of football, and that is the way it should be. As a legitimate and respectable representative, they should not just be seen to be trustworthy, they, like Caesar’s wife, must be trustworthy.

Third, the Uganda Cranes are a national heritage. The history of the team should be a mater of national pride. Matters pertaining to the welfare of its component parts cannot be abused. Their (mis)management is a reflection of what our national ethos has become. That is to say, we are a people who cannot be trusted. As a society, if you cannot be trusted to pay the wages of a national football coach, in what can you be trusted?

For societies (read economies) to prosper, the idea of trust is a central to exchange. Indeed some economists have argued that it is the single biggest explanatory factor in why some societies are rich and others are poor. Take for example the issue of property rights. Trust in this case means that (1) if you buy a property (land, house, etc.,) you will acquire a genuine right to enjoy that property and (2) your ownership is protected by the state. The latter part means that if you have been cheated, you can seek redress from the courts of law.

In successful societies (as measured by per capita income), trust is institutionalized. You can trust the legislature, executive and judiciary to do right by you. That is the public spirit of what constitutes right and wrong – everyone is equal before the law.

On the other hand, when a society lacks institutionalized trust, it means it is more difficult and costly to do business. For example, money is expensive (high interest rates), corruption is more common and foreign direct investment is hard to come by.  There is a sense of helplessness amongst the citizenry and the only way one can thrive in that environment is to use force/craft to get to the top of the food chain.

Mr. Milutin “Micho” Sredojevic’s decision should shame us and therein lies the extent of our collective debasement.