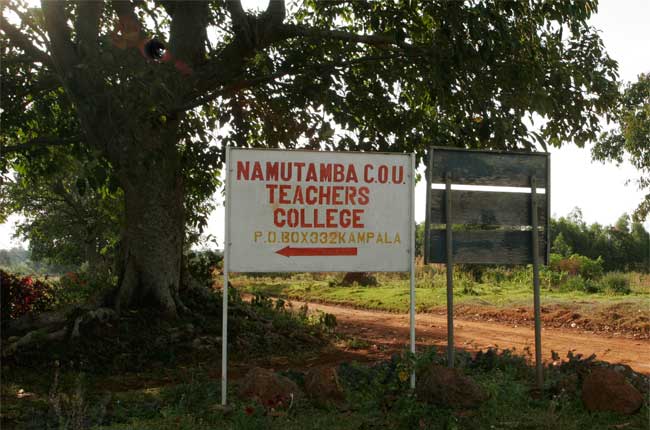 I don’t know if you have ever heard of a place called Namutamba. For me, until recently, it was always a place of quaint stories. Despite having visited Namutamba several times, it remained very enchanting. There were many things about Namutamba that are the stuff of folklore.

For starters, most of the people whom I know who hailed from Namutamba were named or are named John! There was John Bunyenyezi (RIP), John Rwabuhungu (RIP), John Seromba (RIP) and John Nagenda. The latter is a gentleman who played cricket for the national cricket team. Whenever there was a club game at Lugogo Cricket Oval, he was the star attraction.

The second thing that made Namutamba an intriguing place for me was how the John’s who came for Namutamba managed to have such a mastery of the English language. I remember John Rwabuhungu’s column about Namutamba as a ‘Land of Wonders’. He always left me feeling like Oliver Twist. And of course there is John Nagenda’s ‘One Man’s Week’. His turn of phrase never fails to amaze.

And then there is the story of Namutamba and its evangelical families. It intrigued me to no end that many of the people from Namutamba had a stout Christian background. That meant that there must have been a strong sense of community and shared value in Namutamba.  How else could all these people have been of the same mind? When I first visited Namutamba in the 1990’s, I was not disappointed. The houses and their lawns were meticulous; the fields were weed free and the people looked healthy, wealthy and wise.

That was then. This year, we sadly sojourned to Namutamba to bury one of the John’s I knew. I was shocked by the sea of change. Many of the older homes looked unkempt and in a state of disrepair. Most of the able bodied men we met that mid morning were high on something that made them stare at you with that glassy look of an addict. What had happened to Namutamba, the land of the evangelicals?

Maybe I need to go back to my own ‘village’ of Najjanakumbi to find the answer. When my old man (RIP) retired in 1988, he aspired to join the resistance council (as it was called then) and contribute to the area’s leadership. He was elected on the committee unanimously. Come the next election, he was kicked off. Reason? He was a ‘wiseacre’ who was interfering with people’s developments by demanding for construction permits!  That was the end of his foray into civic leadership.

This is what in my opinion explains Namutamba’s, and other villages’ demise – the fusion of civic leadership and political office. Civic leadership is about the quality of life in a community and issues that contribute to the common good of that community. Things like enforcing food security, hygiene, and education of children, preventing wife and child abuse, and payment of poll taxes to contribute to development do not sit comfortably in the realm of populist politics.

Civic leaders should not need to renew their mandate because we need them to be in a position to champion socially beneficial (even if not popular) programs. The Chief of old had the powers to have you imprisoned for not paying poll tax, not having a coffee (kiboko) drying tray, a toilet (kabuyonjo) or for not taking your kids to school. He carried out that duty without fear or favour because he was an appointed official.

Not anymore. Your average village leader is probably the chief drunkard, lumpen or whatever pleases the electorate, which is largely made up of other social misfits. This is what happened to Namutamba: a complete collapse of social networks. Long before we finished the funeral service of John, the entrance to their homestead had been turned into a vegetable marketplace. That is what the tyranny of the majority means.