Here comes 2019; tighten your seat belts, watch the money, and the politics 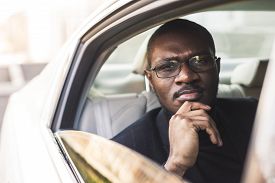 By the time you read this there will 360 days left in the year excepting this Saturday. As usual we begin by making a few projections about how the year will turn out. Sometimes we get it right, other times it just happens differently. Here are my teacup readings of what the year holds for us.

First the Africa’s growing debt problem. Because our bureaucrats don’t plan so well, they usually end up following the advice of outsiders. Thus they will listen to the IMF, World Bank and lately the Chinese. So they can’t probably see the writing on the wall that we are constipated by debt. They will just take on more and more of this debt in 2019. Just watch Africa gorge itself on this poisoned chalice. It is the new debt trap and the signs of stress are beginning to show. From Angola to Kenya, to Mozambique and back here. Debt is going to strain our rate of economic growth. Seems like we will have come full cycle to being highly indebted poor countries once again! Doesn’t appear like we learnt much from the last time round.

On to African politics. There have been elections in the DRC and that was a surprise HE Kabila did not try to make himself life president. Maybe that is what makes Africa exciting and unpredictable. Quite an unexpected turn of events and you never can predict with certainity what the next turn in the road portends . But in Nigeria Mr Buhari will be running again. In South Africa Mr. Ramaphosa will want to claim the prize. Sudan’s political question looms large too. Will the country implode now that food prices have rocketed out of control or will Bwana Bashir keep it in order? I suspect Buhari, will lose the plot on account of his health. Ramaphosa will squeak through. For Sudan it will be touch and go.

Closer home there will be more politics. Last year we expected a fight in the courts over the amendment of the constitution. The fight will continue but probably the NRM will win the bit about age and term limits. The members of parliament will lose their deposit and 2021 looms large. An ever increasing number of MPs will be replaced by the ever growing pack of entertainers. What is not in doubt is your parliament is growing dumber and dumber with each passing year. That only works to serve the ruling party’s interests, which are sometimes at odds with the aspirations of Ugandans. We will wait and see.

In terms of the world economy, everybody seems to be predicting a crash. All that depends on how Mr. Xi will be able to placate the increasingly childish Mr. Trump. But that is not the only place where trouble may come from. An increasingly xenophobic Europe does not help matters. British extremists lied and lied about Brexit. Now it may come to pass without a plan to keep the financial markets ticking. If Britain eventually catches a cold (it probably will), that will push the world closer to recession. The French, Italians and Germans have been watching the British self-destruct. Right wing nationalism and the changing order of the world economy do not seem to help matters as the nature of work keeps changing. Africa will feel the pain if the world powers don’t work out their thing. Just keep your eye on the money.

Technology will continue to defy the naysayers. The electric car will become more and more of a reality and that may be a good thing for all of us. Alternatives to plastic will also be discovered and more marine life may get protected as a result. More advances in medicine will be revealed and on a balance of averages, life will get better despite the strife.

Whatever does happen in 2019, continue looking after your life. It’s one of the things for which they won’t be inventing alternatives soon.