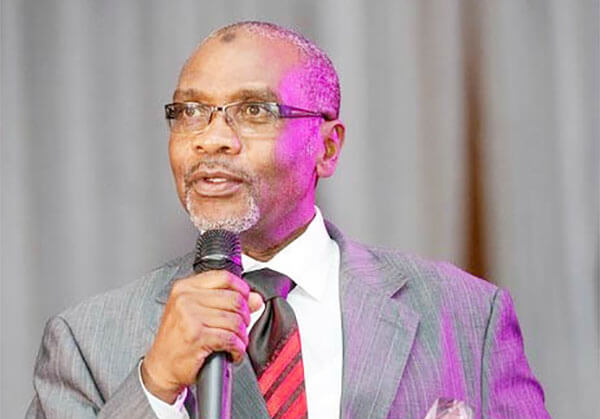 On September 10, 2021, the inevitable happened. Dr Alhajji Bulaimu Muwanga Kibirige (popularly known as BMK) breathed his last. For the last two weeks before his death, there was a palpable silence. We all knew what was coming and were waiting nervously. Let me use this weeks column to pay homage to the colossus that BMK was. A self-made and self-educated business, Dr. Muwanga evolved to be scion of his family and an icon among Ugandan businessmen.

I first met BMK in 1987 after his return from exile. At that time he had set up a shop selling spares on Jinja Roa., What struck me at that time, was the fact that despite being the owner and employer of many people, he was to be found in coveralls, working with his men to lift and load goods for his customers. His jocular, and cheeky ways always endeared him to others. Later when he started Hotel Africana, he gave many of us a free pass to his gym and we interacted quite often.

All that would never have made me know BMK the man, had he not invited me to his BMK House one day for a chat. Over the chat, he told me that he wanted to write his autobiography. How could he do it? With the help of Joachim Buwembo and Denis Jjuuko, we put together a team and as they say, the rest is history. Earlier this year we had a successful launch of his autobiography: ‘My Story of Building a Fortune in Africa’.

BMK’s story is a gripping one. At a tender age, he was sent to stay with his Aunt Kevina in Butambala. When he was about 13, he returned to Matanga to continue his education. Little did he know that his formal education was about to end. At that point he was a primary six pupil. On returning to his father’s abode, he got involved in the family business and did not return to school.  Despite all these perceived disadvantages, there was nothing to stop him. Moving onto Kampala, he set a course to conquer the world. And conquer the world he did. Most of this stuff can be read in his autobiography. But what set BMK apart?

Participating in the writing and editing of his life story revealed to me a very special man whose charisma and behavior were recipes for success. Not only was he able to achieve so much, but in so doing he remained down to earth and firmly rooted in his society. Despite a cheeky playful streak that run through his character, he was mostly calm, collected and a thoughtful leader who got things done. He exhibited certain traits that I found critical to what he eventually became.

BMK was always consistent. He understood that success is not an overnight thing. He was thus both persistent  and resilient in the face of the vicissitudes of life and he was always focused on the prize. He just kept going, no matter the odds. Another defining aspect of the man was his honesty. He was like the stock traders of yester year – his word is his bond. It did not matter whether he stood to lose, BMK’s word was final. Other traits that I found in him were is modesty and frugality. He worked with all his staff and knew most by name. He also delayed self-gratification and lived simply, a trait that reflected his personal humility despite having achieved so much.

There is a lot we can all learn from the story of “the boy from Matanga”. His is a story of perseverance and the victory of human enterprise. Alas, he is now gone. We thank you Dr. Alhajji Bulaimu Muwanga Kibirige for being a beacon of light. We commit the work of your hands and your life to Allah and pray that He grants you residence in“Jannah Firdaus” (Surah Kahf Ayat 107).