Between Busembatia, Hedon and a 24/7 world 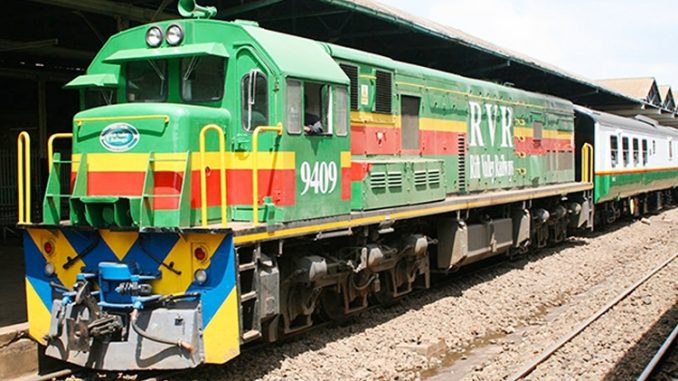 The passenger train to Busembatia and beyond used to check out of Kampala Railway Station at exactly 4pm. I don’t know why 4pm but that is what the timetable said. That was circa 1982/83. Travelling on the (by then) dingy and faded train was a miracle come true for me. Imagine me, the starry eyed lad fresh from college making a journey of a lifetime with my mother as chaperone. Going off on a night journey to look for business. It was a dream come true for any young man at that time.

Along the way, the train stopped at Mukono, Buikwe, Jinja and Magamaga, mostly to take on passengers. An odd fellow alighted, but mostly a few others boarded. As the train came to a halt at theses stopovers, children mostly and their mothers (don’t remember seeing many adult men) would come up to the window selling delicacies I could only dream of buying for myself. These included, bananas (of course), roast maize, pancakes (kabalagala) and the like. My favourite was the banana juice, and I would never fail to coax a few shillings from my mother to have my fill.

On and on through the night, the train travelled, until we alighted at Busembatia for our business. I never really took the time to find out where else the train went after we alighted, for you can imagine my eagerness to go up to the rice mills of Busembatia and begin the haggling for ‘super’ rice. Even then at midnight, the mills would be open and running.

And that is how folks, I got introduced to the world of business – escorting my mother on her business errands. I was an eager young man and enjoyed every minute of the experience. Unfortunately the passenger train runs no more. I don’t know when it stopped running. But I do know that there were some fellows who came into town flying in metal birds. They held meetings with government officials and introduced ‘structural adjustment’.

Based on the advice of the ‘wise folks’ from the West, we closed down most government departments that did not make sense, or downsized those that were a drain on the public purse. The Uganda Railways Corporation was one of those loss making ones. Having been sucked to the bone by some of its managers, it had to be ‘restructured’ and ‘liberalised’. This probably meant bringing in another set of Draculas to asset strip the corporation and sell off the juicy bits. Whatever advice the ‘clever’ folks from the West gave us, it didn’t work, for the passenger train runs no more.

In place of the passenger train and the factories it probably served, we borrowed money for immunisation, ‘primary health care’ and also got service firms to sell things like airtime. We suddenly had a population boom because we were living better and longer. From a population of about 15 million in 1985, we grew to almost 40 million in 2017. But there was no train to take the children and their mums to Busembatia like it happened for me.

Children being children, they had to channel their youthful energy somewhere. So instead of waking up to work, they now wake up to search for Hedon and have some fun. Along the way they learned to sing and dance. Their industry has spawned a new way of life. Where we listened to Congolese music, the creativity of our children has grown by leaps and bounds, creating a culture of the good life. Where our version of a 24/7 world was based on factory shifts, it is now based on nightclub shifts. Because our children have no jobs in a 24/7 world, they have become ninjas. They have turned to music, dance and crime. The good news is that some of these kids can sing and dance. If you don’t believe me, ask A Pass (Didadada), Sheebah (Muwe) or Geosteady (Tokendeza).