The Chinese are coming while the Africans are fleeing in droves. Why? (Part II) 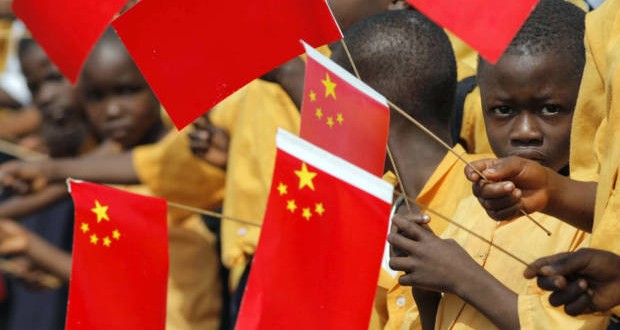 Thank you for reading this column last week. There were very many comments, including an angry one from Christian Agbor in the USA. Clearly, he had not read or misunderstood the gist of my writing. He went off at a tangent, arguing that “the article was false and misguided hope! … this article is sterile and misguided, the author shines by his lack of research, @samuelsejjaaka our contribution was $37.8 billion in 2017, $39.2 billion in 2018 & is forecasted to in this year and $39.6 billion in 2019 according to the World Bank”. They (Africans in the diaspora) were looking after their poor relatives whom they had left home while African Kleptocrats looted the continent, he argued.

We do hope that Christian’s angst is not a product of his loneliness ,  because the point I was making was clearly intended to empathize with his situation. We are happy he found a place to rest is body and also continue helping those who could not flee. However, the comment (explanation) that I found most intriguing in regard to the dilemma we Africans find ourselves in came from Dr. Okot Nyormoi who is also the author of a book titled “Burden of Failure’, 2018. Below is an edited version of his argument.

One was that in human as in any biological system, one is prey or preyed upon. Most times, the prey is weaker than the beast of prey. Due to unequal evolutionary development (sic), Africa was weak and continues to be weak technologically and economically. That makes it harder to be left alone to develop.

Second is the drive to accumulate wealth at the expense of the general population. This is, however, not unique to Africa. The difference is that Africa does not have the financial and technological power to compete in the global markets from which to accumulate surplus production. Instead, the elites siphon off whatever little surplus they get mostly from extractive processes. To make it worse, the surplus often ends up in the developed countries. Those who accumulate ill-gotten wealth do not trust the future in case power changes hands and they find themselves on the wrong side. So, as insurance, they keep their loot outside the country because if they have to flee the country, they cannot take buildings, land or factories with them.

His third reason was that in the process of accumulation, elites commit all kinds of atrocities on their own citizens just as their predecessors and the colonizers did and the only way they can ensure their safety is to overstay their welcome in power at all costs. Elections became farcical. As they say, African leaders don’t lose elections.

Fourth, he argued is that, just as in the olden days, Africans leaders are the equivalent of the local farm managers who facilitate the exploitation of the farm worker on behalf of International Capital. The owners of that capital look the other way as leaders violate the rights of citizens with impunity. Developed countries have figured out that it is in their interests to keep Africa underdeveloped, disorganized and beholden to the developed countries. They foment chaos whenever Africa seeks to follow the path of independence. Amin’s coup was an example and biting economic sanctions on Zimbabwe is another (sic). The DRC is perpetually kept in chaos while the looting of her rich natural resources continues unabated.

His fifth reason for the Chinese coming and succeeding where Africans were failing was that the former had the backing of a strong economy behind them and have something African elites/leaders can or want to benefit from. In contrast, the Africans who die in the desert and on the sea trying to get to Europe or America do not have any support behind them, apart from the prayers of their relatives. And there you have it. Not exactly in my own words, but who am I to disagree with the good doctor?