‘Lets pray: for what we are about to convert’ 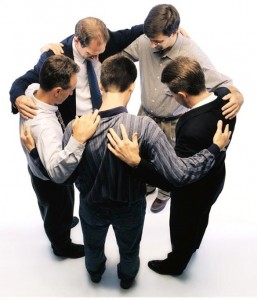 It snuck upon us like a thief in the night. It wasn’t always that way. When you walked into a meeting, there was an agenda and you stuck to the agenda. After all, Uganda is supposed to be a secular state. But then some fellows started saying that it was good for the ‘spirit’ of the meeting. And we obliged. ‘Lets pray’, they beseeched. Father we pray that you may guide us in this meeting, that our deliberations may be fruitful and may cause development in this your nation, through Jesus Christ we pray, amen. Amen, we intoned in reply. And like the proverbial Arab and the camel, the prayer mongers increased their din. We objected feebly because we thought it was just that – prayer, but theirs was a ‘revival mission’. We advised that some of us were agnostics; some pagan and others belonged to other denominations other than theirs’. But they wouldn’t listen and prevaricated, ‘let there be an official prayer that is multi denominational’.

And so like in Genesis and the ‘Creation’, there was a multi denominational prayer. When we went for national events, they wheeled out the archbishop, the cardinal and the mufti, and re-erected the tower of Babel.  And soon every body was praying. In the papyrus churches they had ‘night prayers’ or whatever they called it. At street corners, there was the preacher man screaming at the top of his voice: repent you wicked sinners! The day of judgement is nigh! At Pastor Skinners’ they made a ‘skinning’ and the church of the ‘lord’ grew. At Pastor Kayanja’s they predicted who would die, and at Pastor Imelda’s they exorcised the ghosts in your pocket. At every charlatan’s we prayed and tithed and the church ‘grew’. The Pentecostal church preached a theology of brimstone and fire. And we were very afraid! We didn’t object, for how could you object to ‘the Word of God’? It just wasn’t the done thing in these parts of the world. For you see God is a powerful idea. Amidst the poor, some sage did say, ‘religion is the opiate of the people’. And we were the people indeed. The true ‘wretched of the earth’, who would claim heaven in the after life.

Today, they have taken over, these righteous and ‘prayerful’ people. It is almost impossible to go into a meeting and it doesn’t start with a prayer. This prompted one foreign visitor to wonder about the contrasting display of religiousness and the rate at which public resources were being abused. ‘Was there a correlation between prayer and conversion of public resources’, she asked? This could not happen where she came from. The state was supposed to be secular, and religion after all, is a private matter; between a man and his god. But as we closed our eyes to pray, more public resources disappeared. And we prayed for the sinners who stole these public resources too, or sought form the church replacements for these sinners! The more we prayed the more the ailment spread. Today it is a way of life. When the filth in the city had reached unimaginable proportions, one VVIP organized a prayer meeting at the Independence grounds! At this point your blogger was stumped!

I just don’t know what has happened to the national psyche. It just seems that the harder we pray, the more corrupt our society becomes! I grew up in a fairly large extended family, which included some very religious relatives. As if to claim me for God, my dear godmother (may her soul rest in peace) named me is ‘Kisakye’, meaning ‘God’s grace’ or something like that. As they sang ‘tukutendereza’, I watched in wonderment as the  ‘balokole’ (savedees) of yore expressed fellowship and love for one another. For, we were told, it was the golden rule. ‘Love one another as you love your self. But today you can’t say the same for us the descendants of leaders of the laity and the catechists of a bygone era. When the meeting starts, and someone says ‘let us open this meeting with a prayer (usually it is me as chair person!), I make sure that I keep one eye open, lest someone pinches something without me knowing what’s cooking. Strange, how times change. Lets pray.

Blog
Welcome to the ‘next normal; it is the trust economy