What We Got Wrong on Privatization 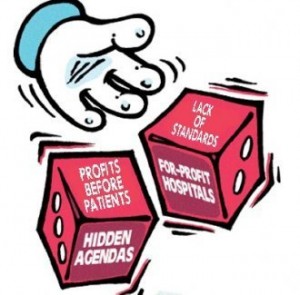 Through out the eighties and nineties, the buzzword in economic management was liberalization. Arising out of the ‘Washington Consensus’, and the reforms of Margaret Thatcher in the UK, we in the third world were convinced that the only way to reform our bloated economies was to ‘downsize, restructure and retrench’. We were told that the state had ‘no business doing business’. That the business of making profits was best left to investors whose objectives were clearly economic.

Coming on the heels of the ‘Velvet Revolution’, which led to the collapse of communism as we knew it, and the demise of the Soviet Union, we had no reason to ask for the rest of the story. There was hardly an economic pundit who didn’t buy into this argument, your blogger included. Liberalize we did. If you opposed you were labeled Marxist and a pariah. We cut up the state, sent people home, swallowed the bitter pill of structural adjustment and sold the family silver (privatization).

Looking back, twenty odd years on, the wisdom of our decisions is beginning to look suspect. First we assumed that our economies had reached an optimal level of investment in infrastructure, which cannot be undertaken by any private sector investor. Second we assumed that private capital inflows would flow towards least developed countries as freely as they did towards developed countries. Third, we believed that private investors ‘loved’ us very much and would work hard as the ‘engine of growth’ Fourth and most fallacious, we believed in free markets!

The truth is there was no infrastructure to drive economic growth. Private capital flows were and are still very capricious on account of the political risk. The kind of investors we were also most likely to attract were ‘fly-by-night’ carpetbaggers. And there is no such thing like a free market! How ridiculous our arguments now look! What we did not appreciate was the fact that while government had ‘no business doing business’, government still had a lot of ‘business knowing what businesses were doing (regulation) and protecting the national interest.

With privatization, should have come more regulation. But this did not happen, or if it did, it was feeble and inept. And so the ‘investors’ who initially ‘bought’ the Nile Hotel  didn’t meet their end of the bargain. Others who ‘bought’ public assets did a lot of asset striping, while others just took us to the dry cleaners. Today the national airline is no more, and the successor ‘Air Uganda’ did not inherit any of its assets. Uganda Railways is a shadow of its former self and the power crisis is still here.

What we got wrong was the fact that some investments had such critical and strategic positive externalities, we could not leave them to the private sector. Strategic importance was sacrificed to reduce the public sector borrowing requirement, and many of our people bore the social costs of structural adjustment. Many died miserable and broken – they were collateral damage, I suppose. And so we surrendered the commanding heights of our economy to a new colonialism, dressed as foreign capital. Some asked: must privatization be indigenization? Others asserted that we didn’t have to own anything, so long as we had no sugar queues and our people had jobs in the plantations.

I say all of this with hindsight. After all, a fool is always clever after the fact! But this animal, privatization, was indeed fools gold. We paid a high price to ‘correct’ the ills of the seventies and early eighties. But in the process of righting the wrongs, we sold our birthright. For, in the absence of clear performance indicators (working regulatory framework) and the retreat of the state, we did acquire a new set of colonial masters. They didn’t use force to recolonize us and not that privatization was wrong. It is just that we didn’t know what we were doing, and we lacked a national ethos, to make decisions for posterity.