Why lie? Trickle-down economics is as dead as a dodo 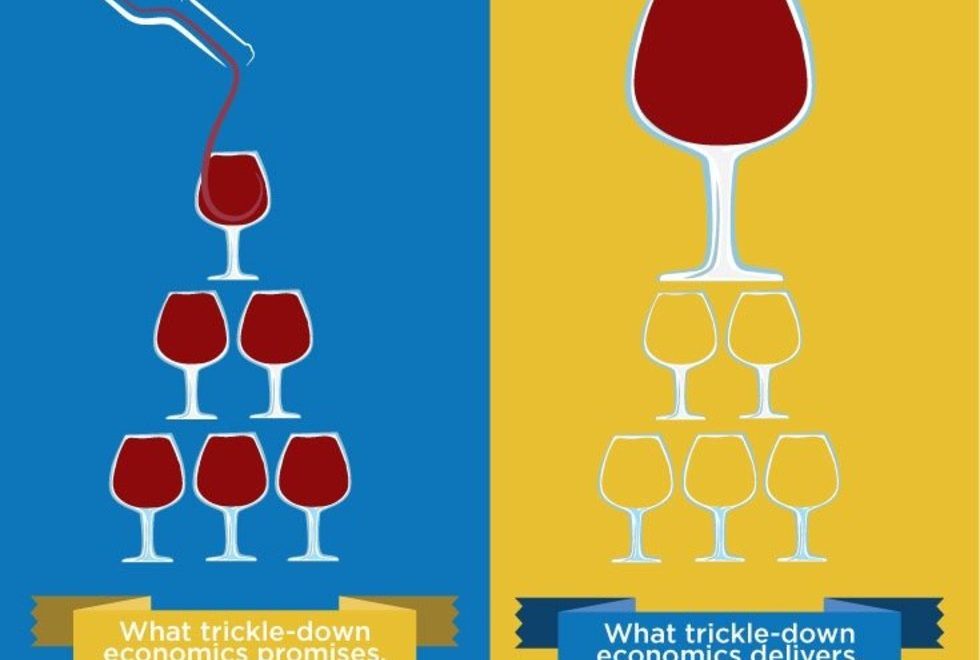 Don’t kill the messenger! I think I have been here before, arguing about what we probably got it wrong on some aspects of structural adjustment. (See The Monitor Newspaper, October 28, 2016, “What we got wrong on privatization”. But a prophet is never right in their village and I suppose it is fine with me. However let’s look at who is crying wolf now.

Back then we argued that ‘government had no business doing business’. So we restructured, liberalized and privatized. We argued that markets, if left to their own devices would be efficient and cause an equitable redistribution of wealth. I tell you what? They are not efficient and they have not created a more egalitarian society. Instead they have made the rich richer and created very many losers. Today about 1% of the world’s population controls more than 48% of the world’s wealth! How did this happen you might ask?

Over the last two decades, technological advancement has been creating more and more disruptions in the way we produce and sell things. Through innovations like robotics, artificial intelligence and data analytics (to name but a few) we have become more efficient while creating fewer jobs. And so we have arrived in the 4th Industrial Revolution where we produce more, better, faster but with less human involvement. That means jobs have been probably disappearing faster than we can create them.

This state of affairs has created a massive middle of disenchanted and marginalized members of the middle class in the West especially. They too are now starting to sing that supply side (trickle-down economics)  solutions do not deliver us to the promised land. Trickle-down economics (also called trickle-down theory) is premised on the argument that lower taxes on businesses and the wealthy in society stimulate business investment in the short term and benefit society at large in the long term. Generally, supply-side theory favors lowering taxes on the upper end of the economic spectrum so that there is more investment incentive.

The USA tried this in the years of Reagan and currently is trying to bluster through with the same argument in the era of Mr. Trump. Unfortunately it does not seem to work and this trickle-down is taking forever in view of other developments that are happening in the work place.

In our own corner of the world where ‘trickle-down economics’ was wrapped in the garb of the ‘Washington Consensus’, we have also suffered mixed results. For a while we experienced tremendous economic growth (more of recovery I would say) and as we rationalized and the world also advanced life became generally better all round. We run into debt that was forgiven, only for us to incur more debt as China advanced on us. In addition, the demands of growing faster have  not abated as we experienced a population explosion (called a ‘population dividend’).

A bit like the fabled Samuel Beckett’s “Waiting for Godot” who never arrives. Suddenly we find that poverty is increasing again, debt is approaching unsustainable levels, and investment finance is still costly. In this new season, a set of disenchanted economists are chorusing what we have been saying – that trickle-down economics maybe linked to reduced growth and is about caring for the wealthy. In middle America and Europe it has led to ‘whitelash’ and right wing fanaticism respectively. What is our own answer to the growing season of disenchantment? I can only guess.

However, we are again on that slippery slope of how much is too much? Evidently we will have to review the role of the state and the set of interventions available to us to counter the negative externalities of a liberal era run amok. While not discouraging private investment, it is obvious that its capacity to turn around our fortunes is inimical to our long term existential objectives. The truth is self-evident. For now, liberalism is as dead as a dodo.