When Bank of Uganda fell on its liberalist monetary sword 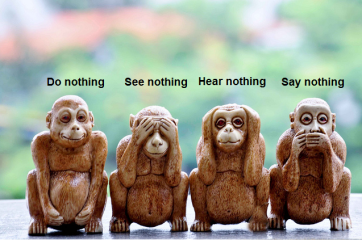 The way my old woman puts it is that “you should never insult your tribe before you die”. A former leader did it and we all know where he ended – locked up and with only his tribes mates to fall back on. The ones he had been calling stupid. Another economist friend put it differently. He quipped that “if the rat wanted to eat the hide of the cat, all it had to do was outlive the cat”. Seems that we have arrived at that point in time. My Kaliisoliiso friends would say the “patient has bitten the spoon!” If you know you know.

But what is the point I am trying to make? I am talking about the Bank of Uganda Governor’s ‘little’ missive last week regarding commercial banks and their “refusal” to lower interest rates despite the Bank of Uganda lowering the CBR. Prof. Mutebile argued that interest rates were downward sticky despite an accommodative monetary policy. He argued that domestic economic activity is facing unprecedented decline due to the novel corona virus pandemic. That businesses and households were continuing to suffer the brunt of the pandemic arising from lower demand, lower capital flows, reduced productivity, unemployment and loss of income due to lockdowns and travel restrictions. All good arguments until you realize that long before the pandemic, several economic commentators have been arguing against unreasonable and artificially contrived interest rates (the cost of money) as one of the major constraints to an increased rate of economic growth (see “The problem with our interest rates – Daily Monitor ,Jun 29, 2016 and “Interest rates: To cap or not to cap them”, Sept 19 2016).

Given that the same BOU has been receiving and choosing not to act on business peoples’ complaints about interest rates, we would have argued until the cows come home that Bank of Uganda is an advocate of “free or perfect market economics”.  That is even after it was patently illustrated with empirical evidence that our markets are not free or perfect. The Governor’s (and Central Bank’s) trademark response was that we were under a liberal regime and they could not “choose winners and losers”. Indeed it is this kind of argument that created some of the ‘shylocks’ that ironically Bank of Uganda is fighting in the courts today.

So how have we come to such a pass? That the rat gets to chew the hide of the cat? It is simply that Bank of Uganda has run out of wiggle room and cannot claim not to feel that we have arrived at a déjà vu moment on account of the recession occasioned by the lockdown. The economy is hurting more than the official data can show you. BOU’s arrogance has mainly been due to the fact that decision making in many public institutions is always blighted by moral hazard – an incentive to increase exposure to risk because the decision maker does not bear the (full) costs of that risk (perhaps you remember the lady who advised villagers to eat mangoes).

In that vein then, BOU has argued that it could do nothing about interest rates. The fact of the matter is that these interest rates have always been usurious and Bank of Uganda knows and has always been aware as to why they are downward sticky. By following unrealistic BASEL (banking supervision) rules and regulations and lacking in empathy for the exploited masses, BOU has been complicit as Commercial Banks gouge themselves.

As a regulator with access to all “best in class” information regarding regulation, BOU is aware of what are called “unfair trading practices” such as interest and exchange rate spreads applied by banks. Using these regulations and a douse of indifference, BOU has aided banks in increasing rather decreasing the cost of money. So when did Prof. Mutebile smell the coffee (no pun intended) and start insulting his tribe of neo liberalists? Without a doubt, the proverbial patient has bitten the medicine spoon!