On the economic mentality of the fisherman, Covid-19 and scenario planning 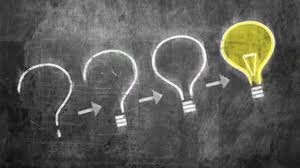 The anecdotal story is told of an American businessman who was also a Harvard graduate going off to holiday in Mexico. To his horror and dismay, he found the natives lazy and slothful by his impeccable standards. They hardly did any ‘work’ and this puzzled him. Determined to change the world, he picked on one who was returning from fishing in a small boat with several large yellowfin tuna and engaged him about his lack of a work ethic.

In the engagement, he explained to the fisherman, who was now lying in his hammock, having finished his chores, how he could become a millionaire by fishing several hours longer every day.

He would  sell the extra fish, buy a bigger boat, buy a second boat, then a third one, and so on, until he had an entire fleet of fishing boats.” After working very hard for 15-20 years, the fisherman would be able to sell his business, earn millions and enjoy the rest of his days with his family. “Millions? Really? What would I do with it all?” asked the young fisherman in disbelief. “Then you could happily retire with all the money you’ve made. You could move to a quaint coastal fishing village where you could sleep late, play with your grandchildren, watch ball games, and take siestas with your wife. You could stroll to the village in the evenings where you could play the guitar and sing with your friends all you want.”

The fisherman, still laying in his hammock, after a long silence asked the American businessman, “But what am I doing right now?’ In local folklore, this story has been equated to the economic behavior of a fisherman. Because the fisherman lives by the lake, he puts in as little time as possible (sic) and spends all his earnings in the evening. Indeed there is a local idiom which warns about “eating money like a fisherman”. Because the fisherman lives amidst plenty, is assured of a catch the next day, he hardly plans or prepares for the rainy day when he cannot fish.

Enter COVID-19, aka Corona virus. For a while, like the proverbial fisherman, we did not seem to have a plan for the pandemic and its attendant “infodemic’. We had travelers being stopped in their tracks, kids stranded in China, and a ranking government official going around public health facilities frenetically saying “… don’t come here. We cannot manage that virus! Why are you people lining up for Chinese visas? Do you want to infect our people? Our health system cannot deal with it!”

Clearly she was not articulating a cabinet position and her position reflected more of the misinformed fear created by sentiment and (probably) the real or imagined lack of effective emergency containment systems for pandemics. Had this messenger been properly briefed about the way we managed the Ebola epidemic, perhaps she would have shared a cautious message with the public.

Which brings me to the concept of scenario planning”. The idea behind scenario planning (also called scenario thinking or scenario analysis), is about developing different scenarios for different future landscapes. Using these scenarios, an organization/country  is able to make better decisions or prepare plans of action/response  when problems or changes occur. The Chinese are experts at this and indeed the Communist Party’s central organs meticulously developed plans to counter such dark scenarios.

In the Chinese scenario, eight key uncertainties were examined. These were international wars/terror, protectionism, America, commodity prices, Taiwan, political unrest , bird flu (read epidemics) and deterioration of the environment (see mindofafox.com; “What is China up to?). Interestingly, most of these key uncertainties have come to pass and China has had responses for them. We too must learn to avoid the fisherman’s mentality and play the long game. While our government has since responded appropriately to the COVID-19 pandemic, what will happen the next time we are faced with such key uncertainties?